For many years I was what you could call an arm chair railroader. That is when you sit in front of the TV and build train cars or buildings because you don’t have a railroad yourself. I belonged to a club that all I had to do is bring my trains and run them on the layout. In the 1980’s my railroad didn’t have a home railroad name and everyone that was around me had one, but I didn’t. So I started looking around for a name. I had been modeling the Chicago railroads in the past. I was working on all kinds of names but ended up using the names of our daughters in the family and KLK just didn’t fit right. With my wife’s suggestion we came up with KK&L and the rest is history.
The layout started out as a modular layout of four pieces in Illinois. The Fox valley division of the NMRA had a modular layout that I was part of. When I moved to North Carolina I built a building and the trains ended up in the top room of the barn. 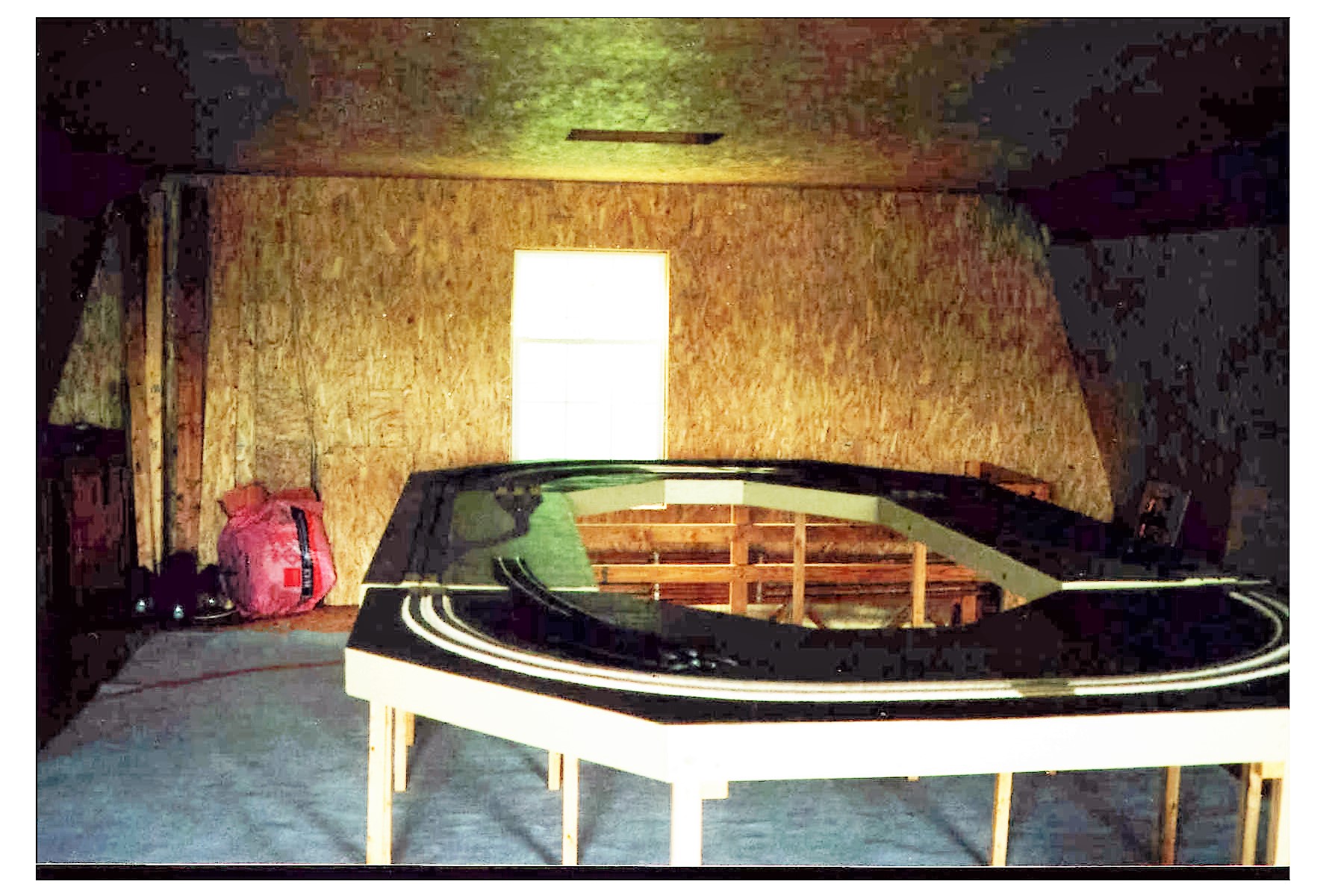 Four sections grew into twelve sections from 1996 to 2003. In 2001 I was in the process of building a house to put the trains inside instead of going outside into a separate building. I then design a basement to my liking and house to my wife’s liking. I set up the modular layout for a short time. I wanted to expand my layout and make it a place that other people could go and run at my layout. Ten of the sections were sold off to fund a more permanent layout. 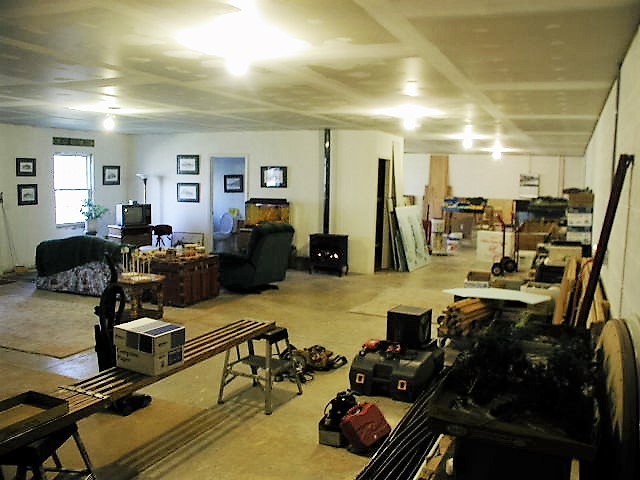 The current railroad started in the fall of 2004. The ceiling was put up in the basement after the railroad was already started in 2005. The layout started in the far right corner of the room. I didn’t have a blueprint but I built what i liked at the time. The layout started out as a single main line around the room. I started working down the back wall as I would find material to build with. A dog fence came available and I used it to build the base under the layout. I went out and picked up 1/4 inch birch plywood for the top. 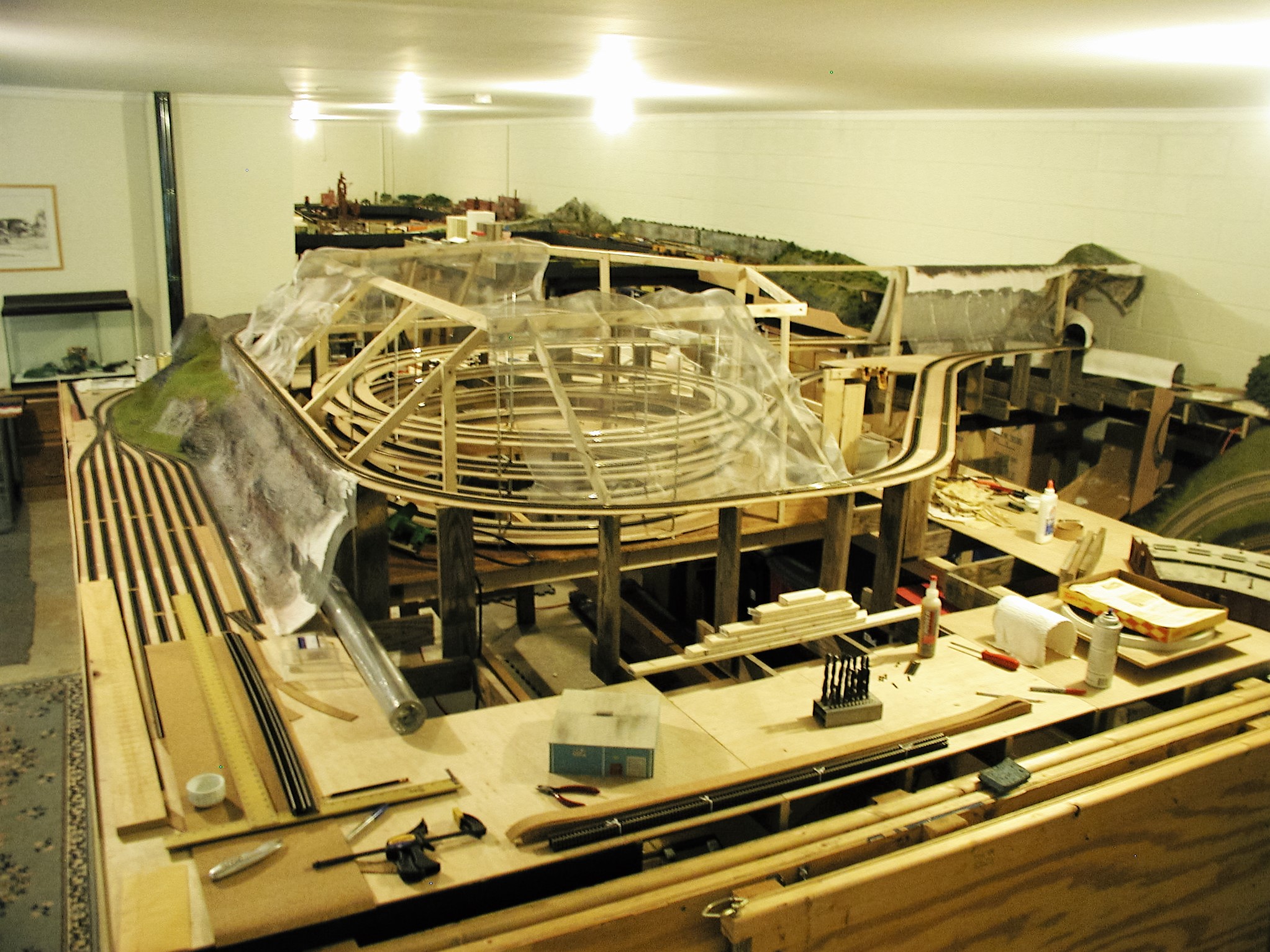 The main room had the most bench work done in 2006 with a run-a-round track on the far end to run trains on. In 2007 the Charlotte Observer came to the layout to take some photo’s to put in the news paper. The layout was having problems running trains on it so I added another track to make it a dual main line railroad. Parts of the scenery had to be removed and buildings had to do the same. The train track had to be modified in front of the helix and inside as well. One layer was removed because of this change. A new grade had to be made to get to the far right of the layout so a track went from the right all the way to the center of the back wall and connected to the yard at Needmore. 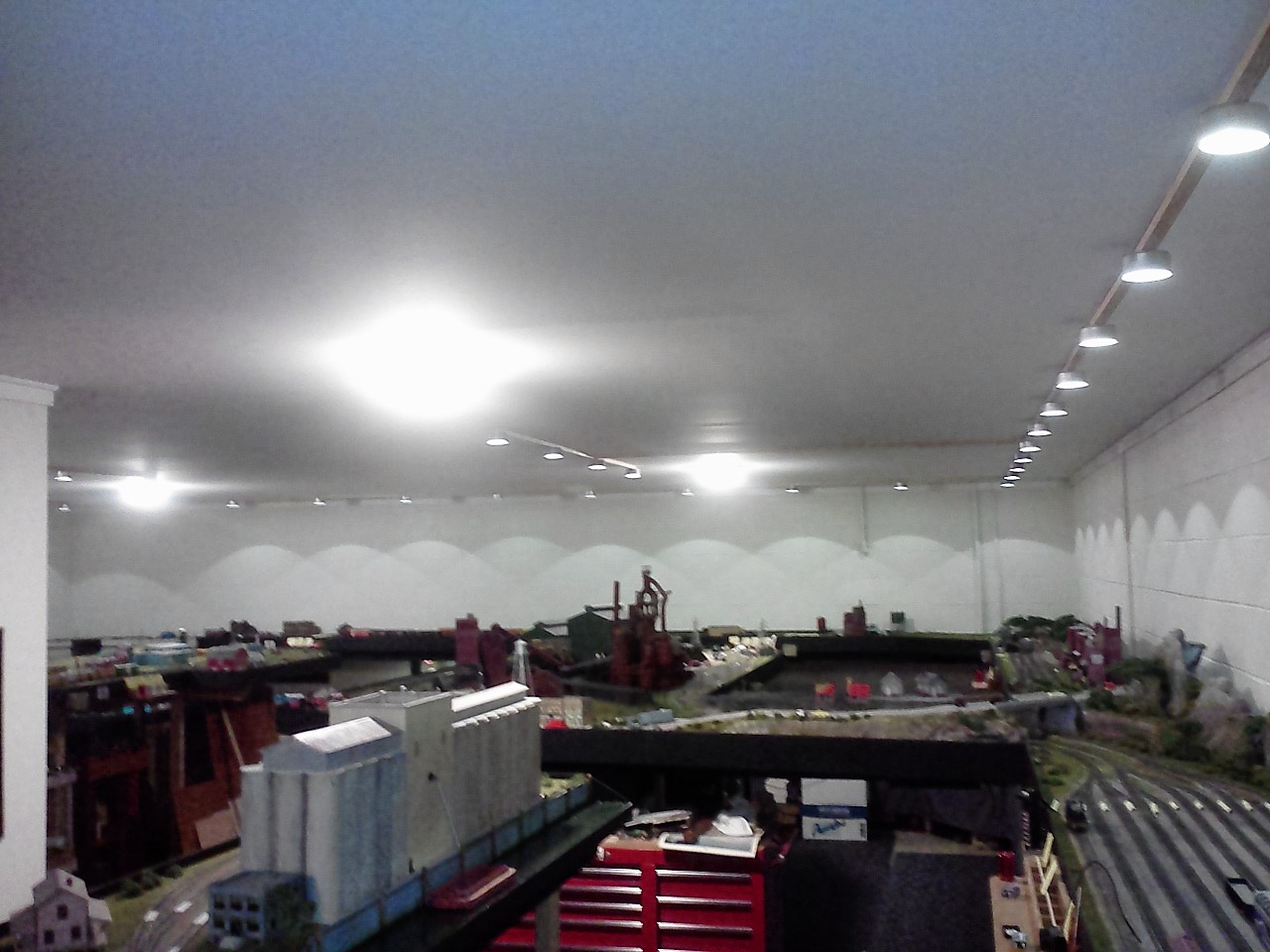 The loop on the far left was pulled off and lifted over the layout to turn it around so it could be attached to another wall. The layout was extended across the work shop walls and connected back to the loop. A second helix was worked into the plan to add more railroad and storage for parked trains. Just the two back walls have a second level. This made the layout in to a point to point layout on the top with the option to run trains over the hole railroad constantly.

It now has 850 ft of dual main line with two helices at two ends of the room. In the original corner is a Gauntlet that is set in a curve. It is easy to run four trains at a time. Just keep an eye over at the gauntlet. The railroad is on L girders with 1×4 boards holding ¼ inch birch plywood on top. The steel Mill is on recycled dog eared fencing for supports. With all the plywood on the top of the layout I was nicknamed “THE PLYWOOD RAILROAD” and it stuck. Towns and buildings are named after friends and family. The layout covers 1500 sq ft of the basement. The track work is done but a few changes will take place at some time. The buildings and scenery are slowly going into place with the main part of the layout being (75%) done. Some changes will always pop up.
The layout in 2016 has had it’s lighting changed which can be seen in the Projects page.

The one thing that as slowed down the work on the railroad is working on becoming a Master Model Railroader in the NMRA. This gives me satisfaction that I can do what the pro’s do. As of November 2017, I have completed five of the AP Awards and working on the last two. As of December 2018, I have AP Author and two cars scratched built / two cars kit batched. Four more cars to go. Built a caboose in 1/6 scale.

Built a 1/6 scale engine. Pulled two engines out of the motor pool. Cleaned them up and  had them evaluated. Checked up on the paperwork in 2019 and turned in the paperwork for MMR. 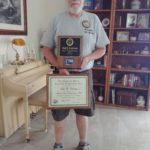 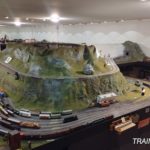 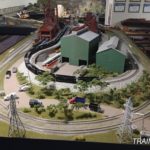 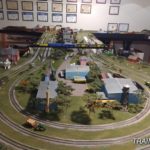 After the holidays I have started on the 2020 Convention in Charlotte, NC. I’m the Chairman of the Convention. (Carolina Southern Division 12 of the Mid-Eastern Region)   Because of the postponement as a result of the COVID-19 virus and resulting to the number of people that can gather together, we have been picked to have the Convention in 2022. 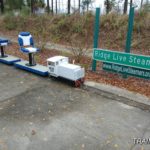 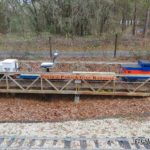 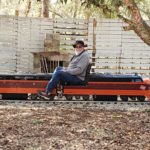 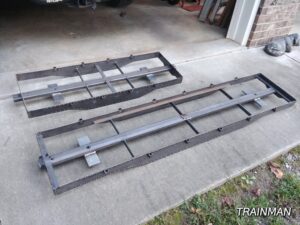 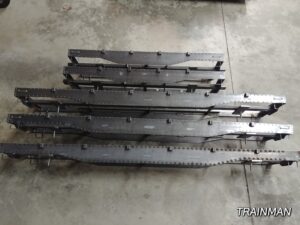 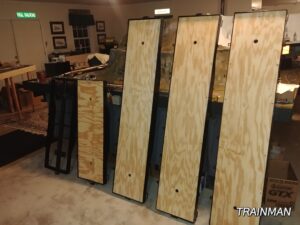 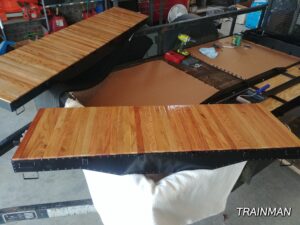 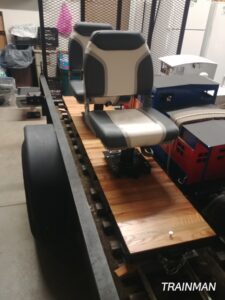 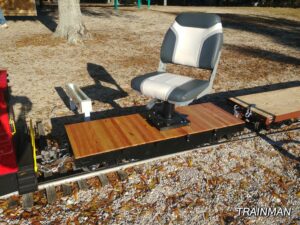 This time I powder coated the frames.

Take a look at the Photo Gallery or the Projects section for updates.