After twelve years of having many operation sessions on the KK&L Railroad, the knobs on the Digitrax controllers have ether broken off, or the train will not stop when the knob is turned off. The Potentiometers are plastic that are in the controllers. I’m going to replace them. 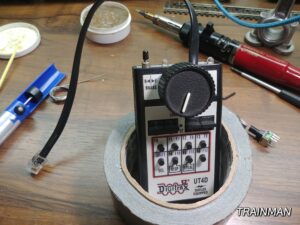 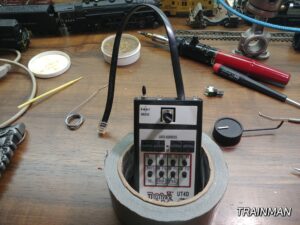 To remove the covers, all you have to do is pull the two screws out of the bottom of the controller under the battery door. Lift up on the battery door hook, and slide the front cover down. It has two notches holding it aligned. When you slide it down the front cover, it will stop. That means the four locks are unlocked. Pull the two halves apart. Remove the radio board. 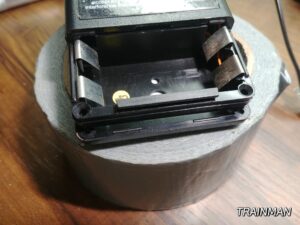 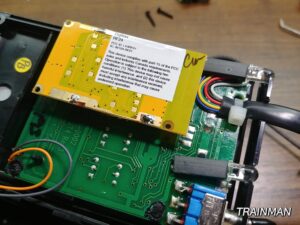 Desolder the five connectors that hold the potentiometer into place and remove it. You might have to remove the solder in the holes to get the new one back in. The drill size’s that I used are : 47 (large hole) 58 (Small hole). 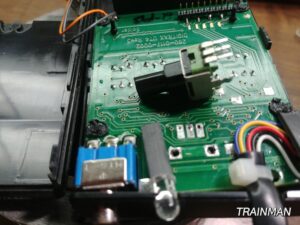 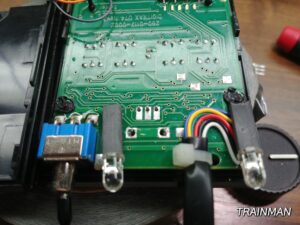 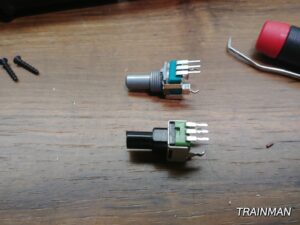 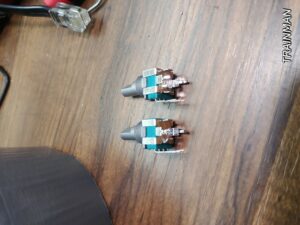 The only modification I had to do was bend one of the mounts up so it didn’t short on the electrical board. The lower switch has it’s lower leg bent up. 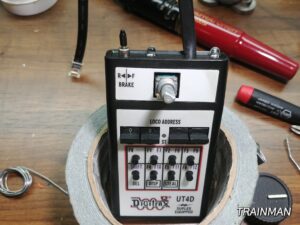 Test it, then put it back together and run trains again.