Found an S curve in the layout

The railroad had a small problem with the two curves making an S curve on the railroad. This happens when the first curve ends and there is a second curve starting in a different direction that is to close to the first curve. The way to get rid of that is to put a straight section between the two curves so the cars have time to straighten out for the next curve. The track will end up being longer when reattaching it to the existing track. The track just has to be cut to fit after the work is done. 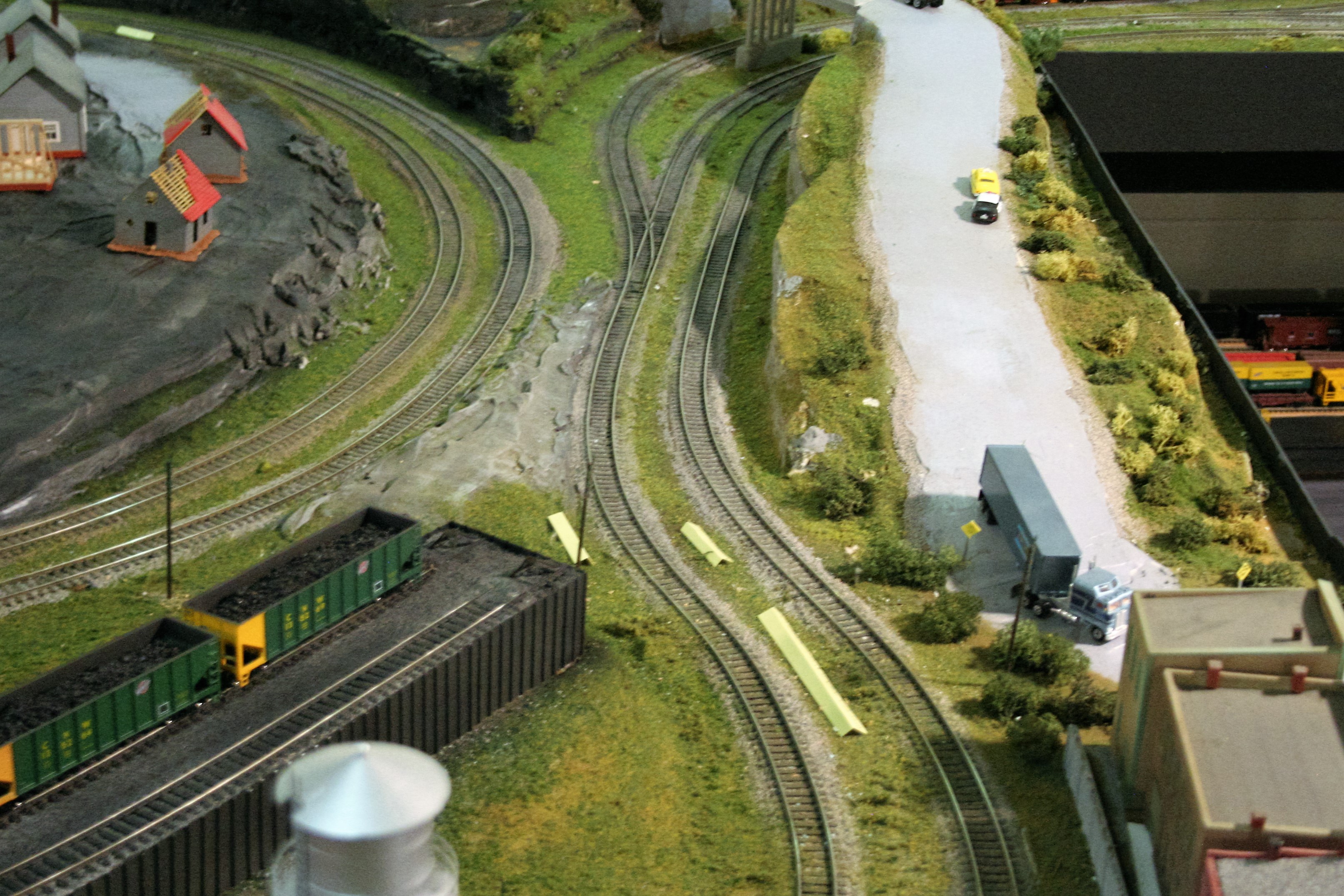 The S curve is in the center of the photo on the two tracks top to bottom of the photo. The track will have to be pulled loose from the ballast and straighten out to give more straight track in-between the two curves. The passenger cars will need more room to swing back between the curves and not pull each other off the rails when between the curves. 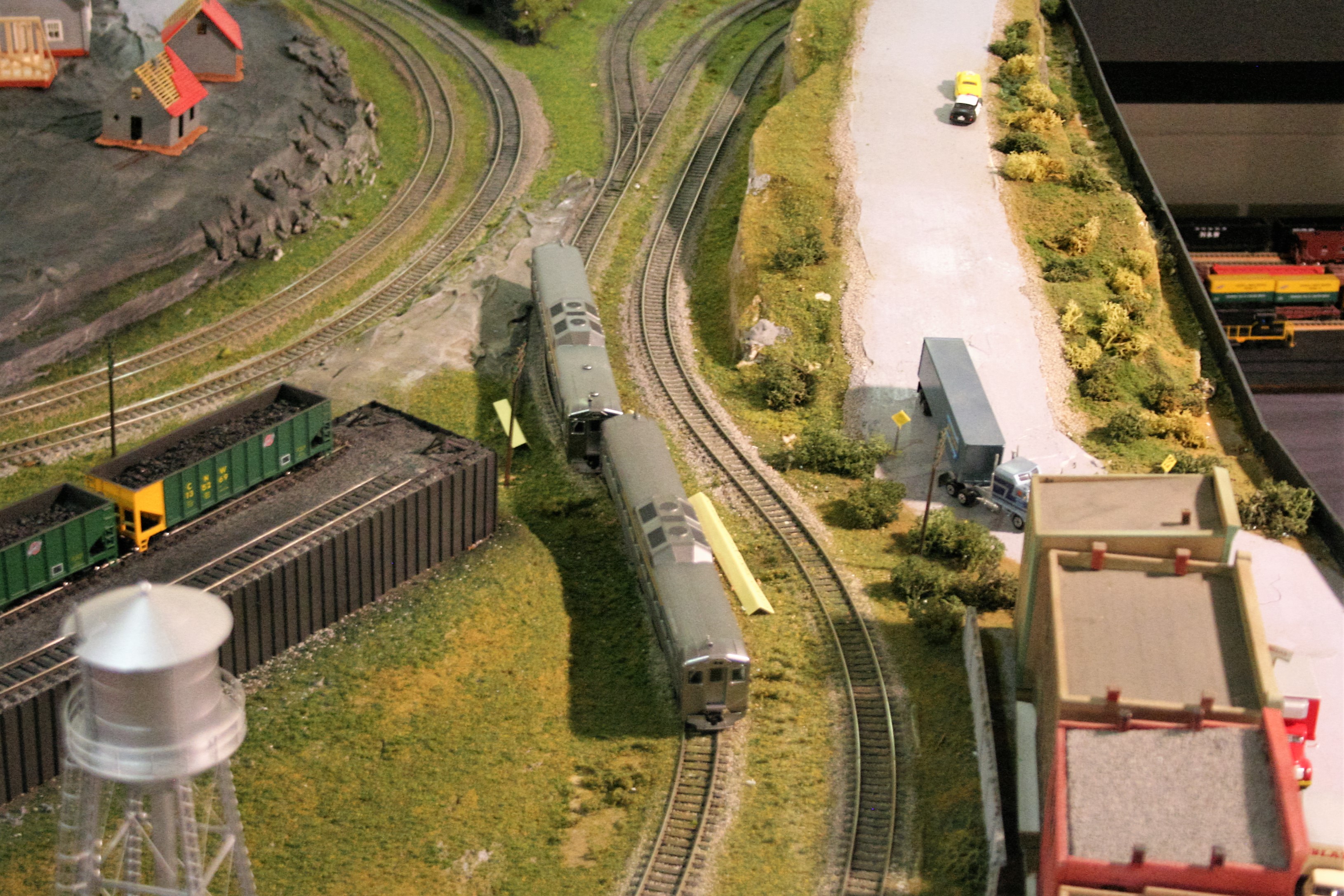 The center of the cars is where the coupler sits that connects the two cars together. As you can see the two cars do not line up straight and are off set by half of a car. The coupler will not swing that far and the cars will pull each other in the other direction causing the derailment. 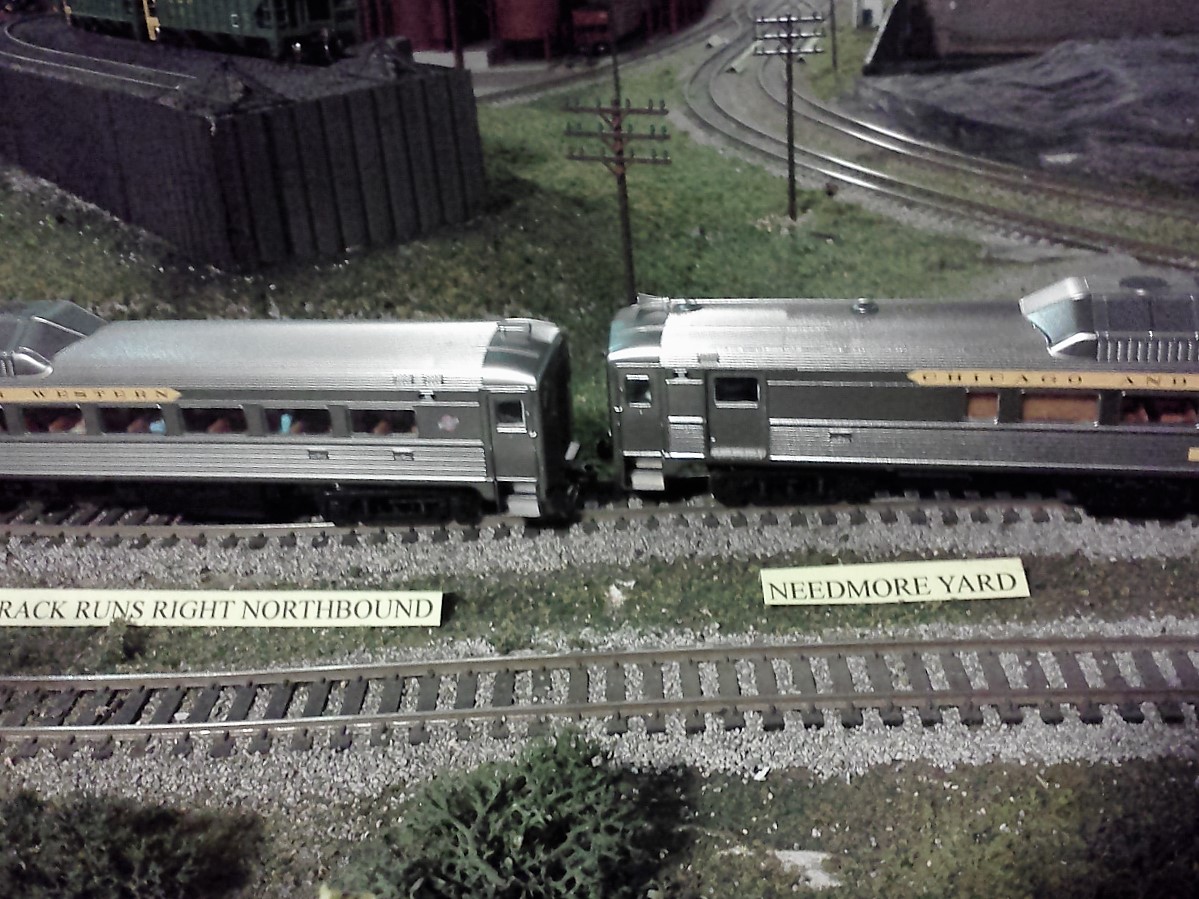 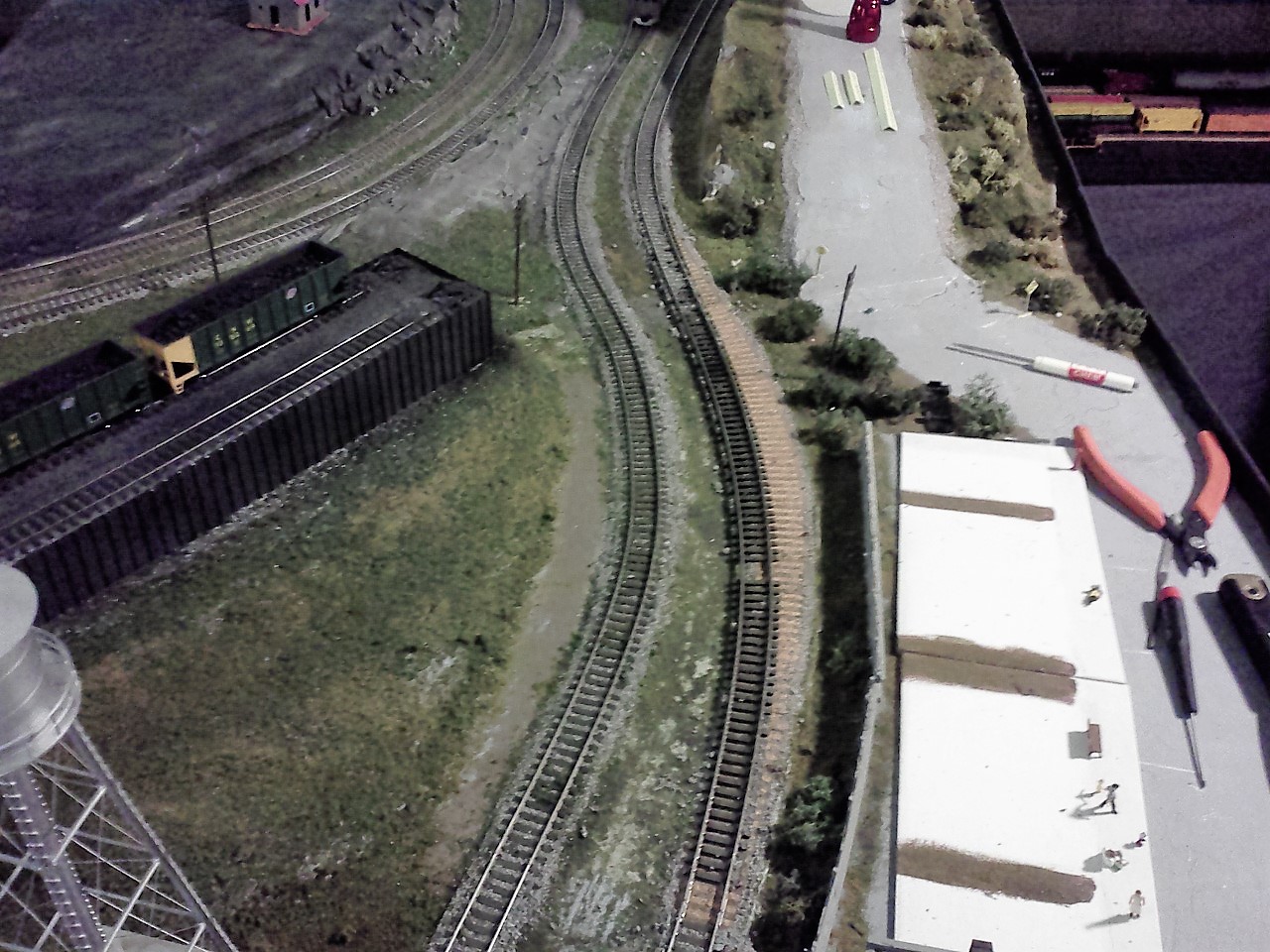 First job is to move the outside tracks second curve and to put a straight section between the two curves. You can see the difference between the two tracks. The one on the right has the straight section added and the one on the left still needs to be done. The end of the track will have to be cut because the length of the track ends up a little longer to match the other rails that were not disturbed. 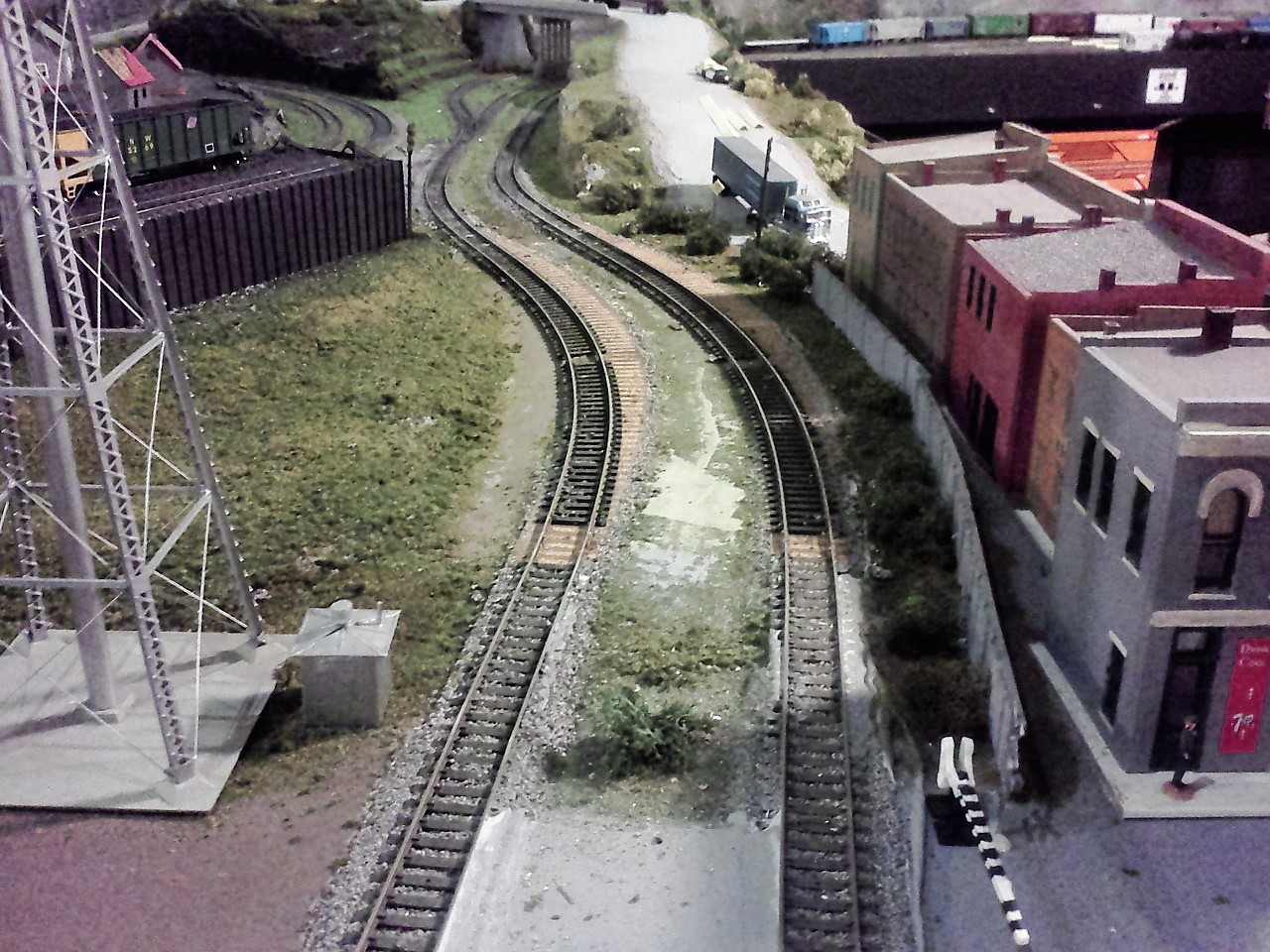 The inside track was straightened out next. Both tracks have been cut and reconnected to the undisturbed main line track. Rail ties will have to be added under the track at the ends. The track will get nailed down in place after some testing will be done. The top of the rails will be cleaned up using some snad paper and a eraser. 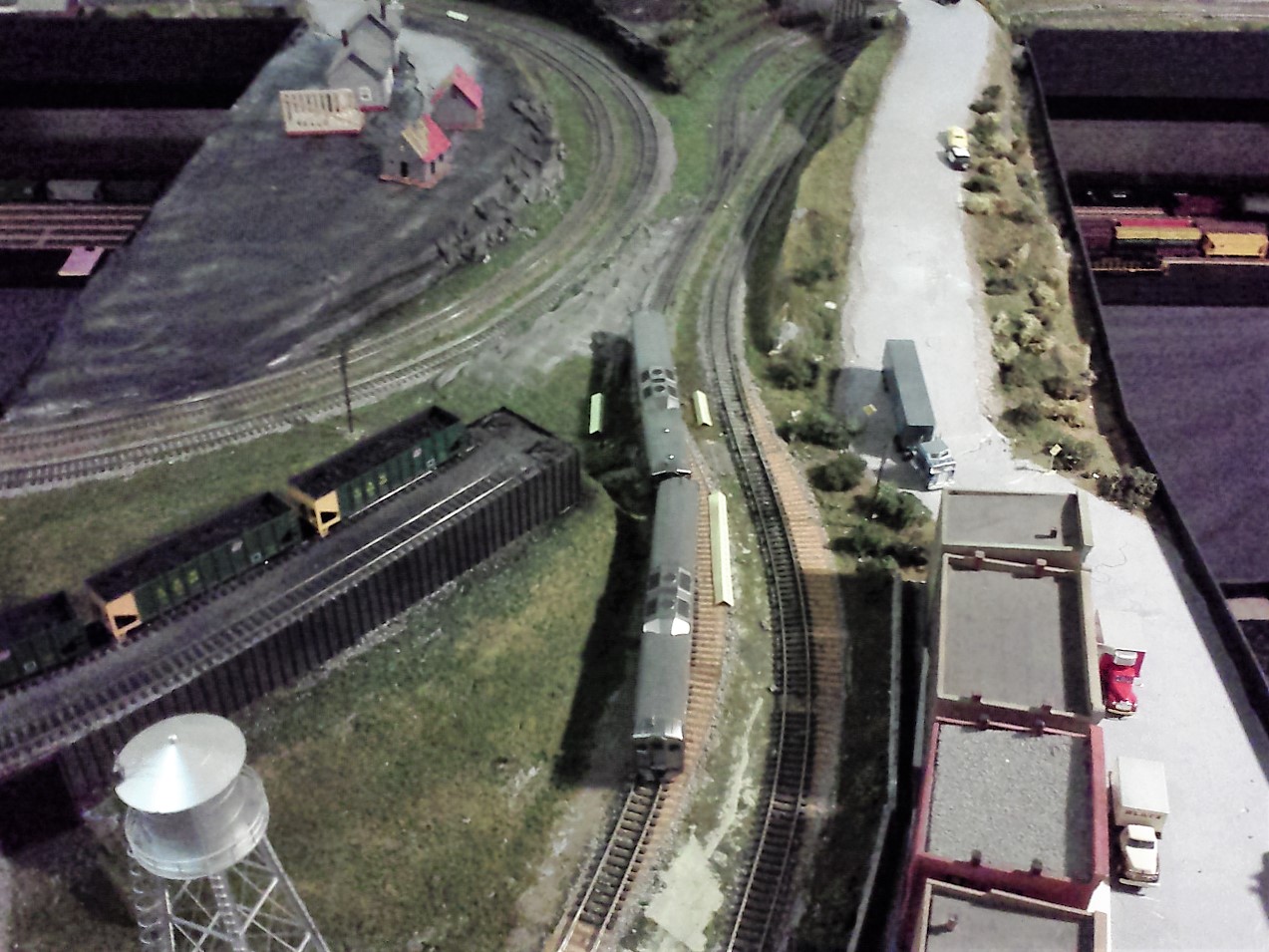 The long passenger cars make the turns just fine and don’t pull each other off the track. This is when you run several passenger trains through to make sure the track is set good and the cars run through it with no problems. Keeping the track level took some time but it will pay off in the long run. 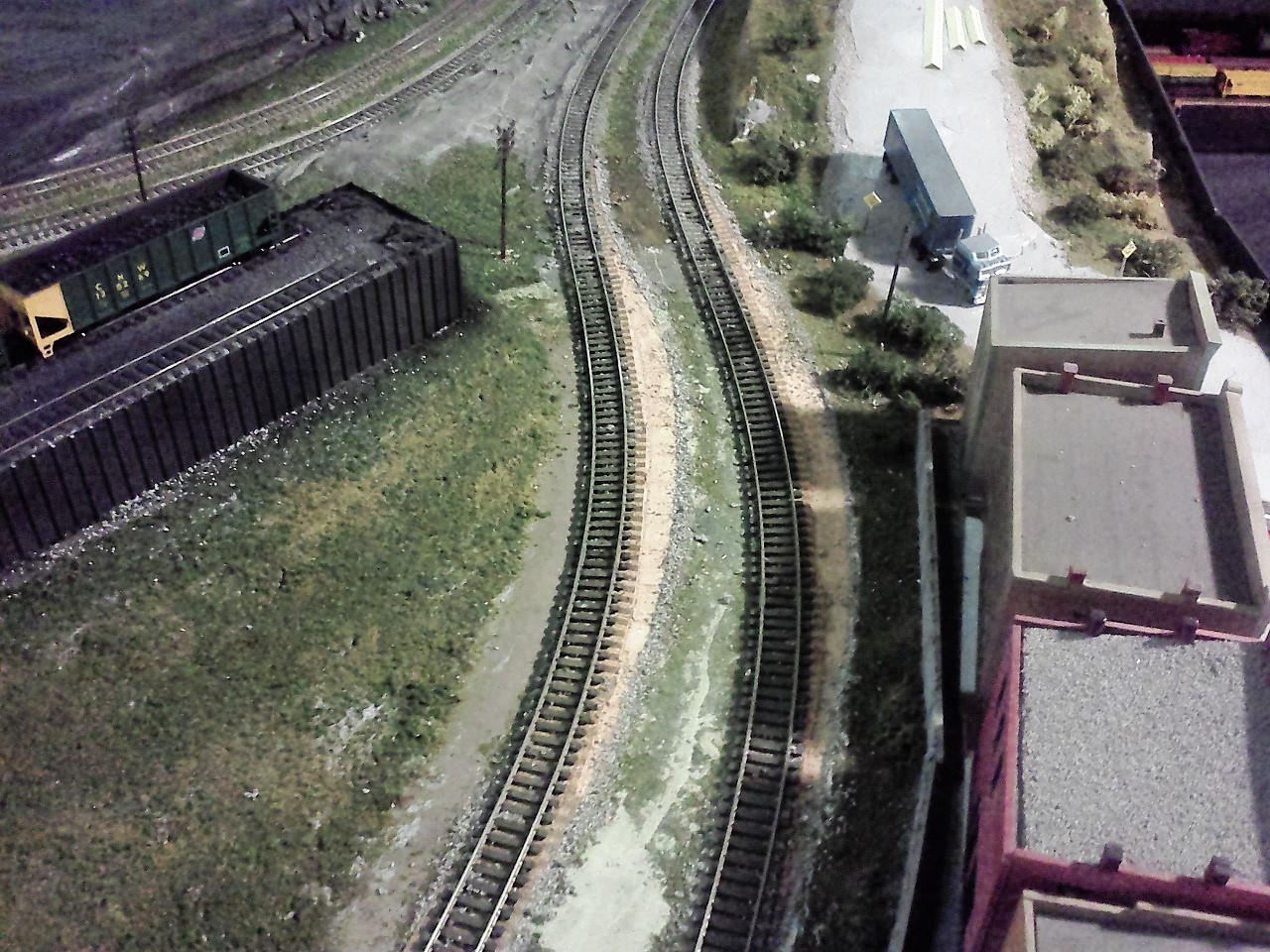 Cleaning everything up helps with the smooth operations on the layout. The scenery is pulled up and the cork is cut out to make way for the ballasting of the tracks. 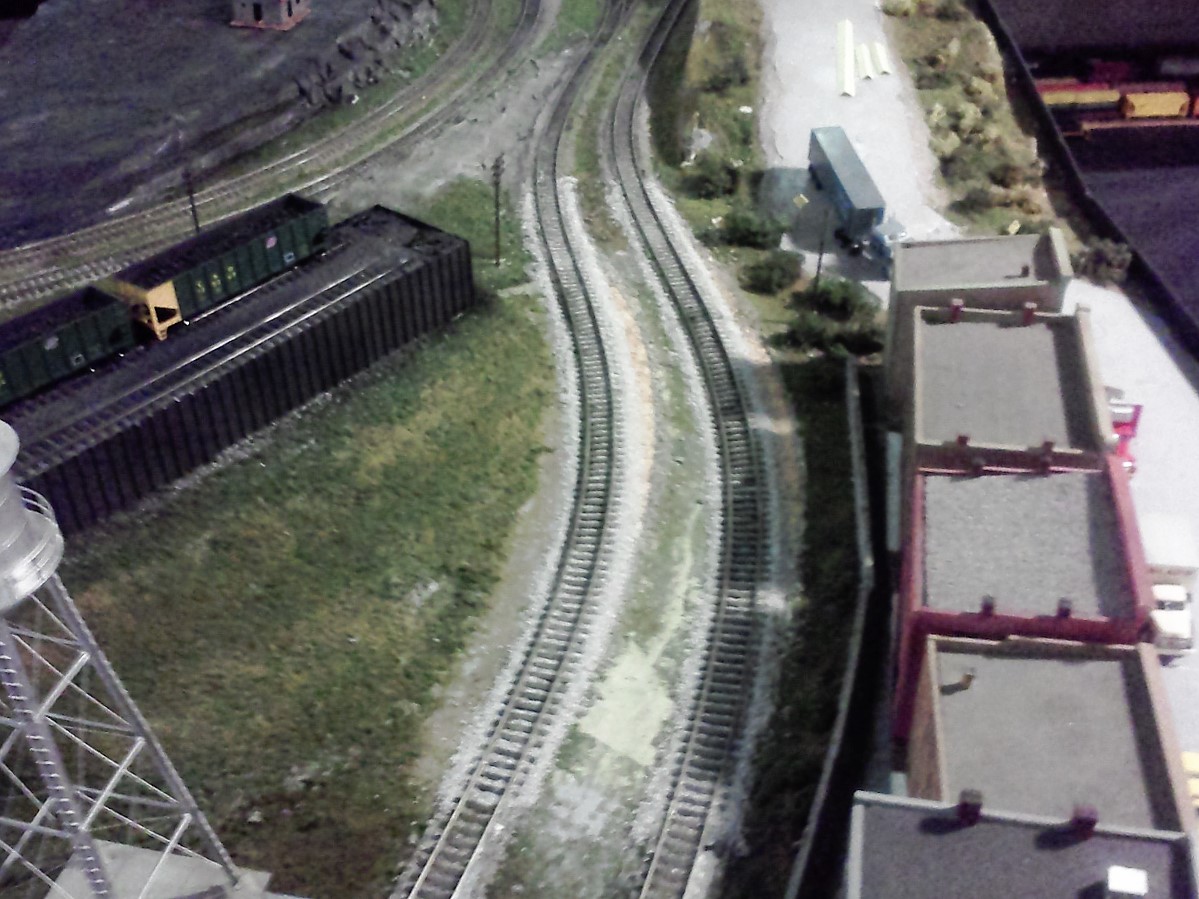 Ballast is put between the ties and on the sides of the rails and it looks like the rails were never disturbed. The way the ballast is put down is in a different post. To make sure the ballast was dry I waited overnight to finish the landscape. 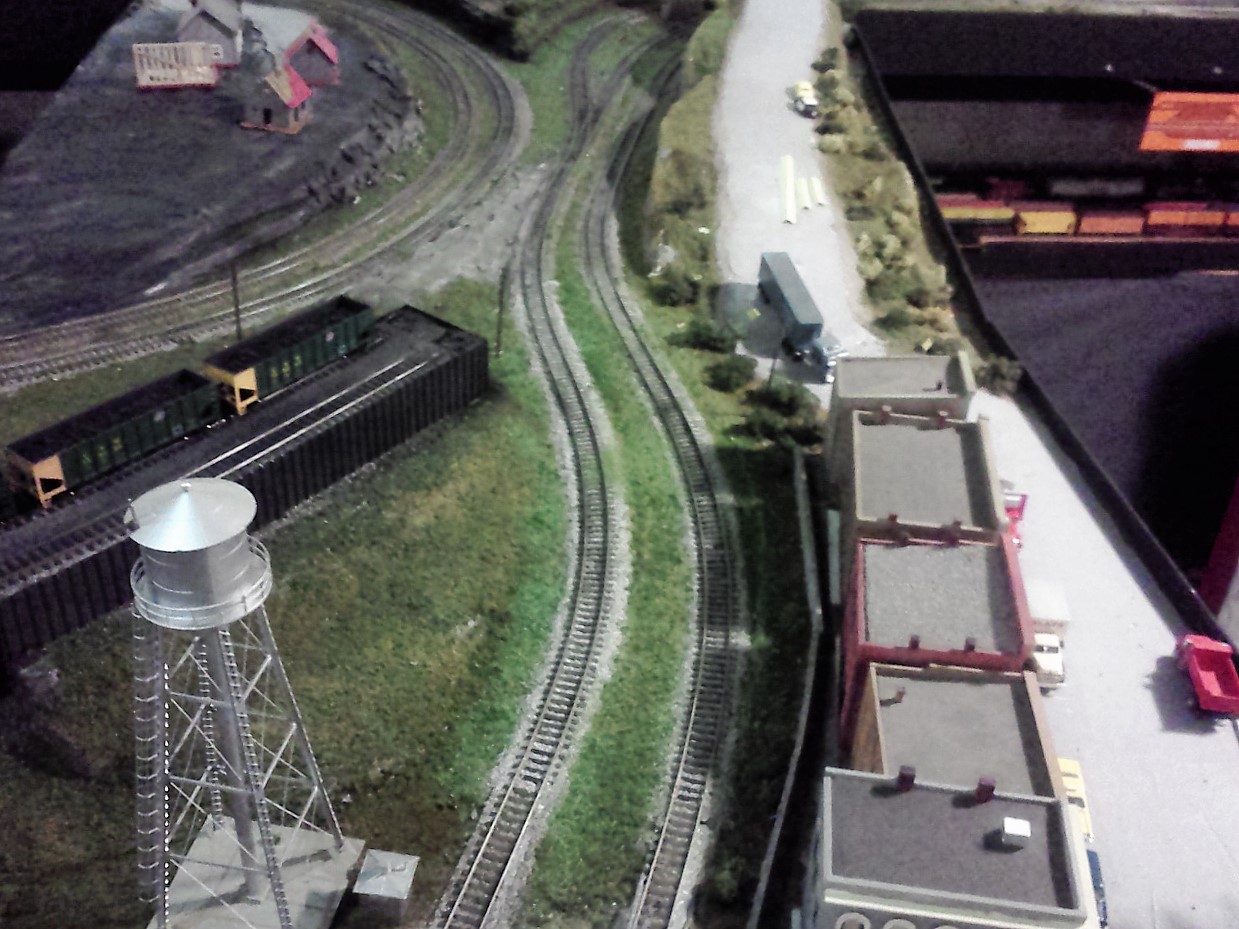 I put the scenery back in to complete the job.

Video of the railroad by rail is out