Clovis Point started out as a vacation spot for summer fun. It has now changed to a winter scene because I have winter people and trees. I removed the scenery from the layout and started adding paper to fill the void in the landscape. The Hydrocal was placed over the paper and let to harden up. The next day I went over with a thin layer of Hydrocal to stiffen up the ground and fill in the holes. The third day was spent placing the station. I put a skier on the hill. This is the start of Winter in Cloivis Point. 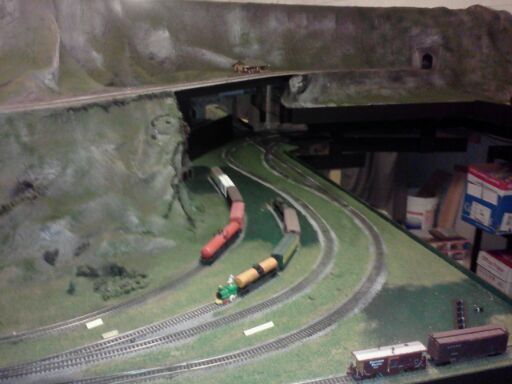 The land in question is at the top of the photo above the track. My wife has a sense of humor and it showed up on the lower track. 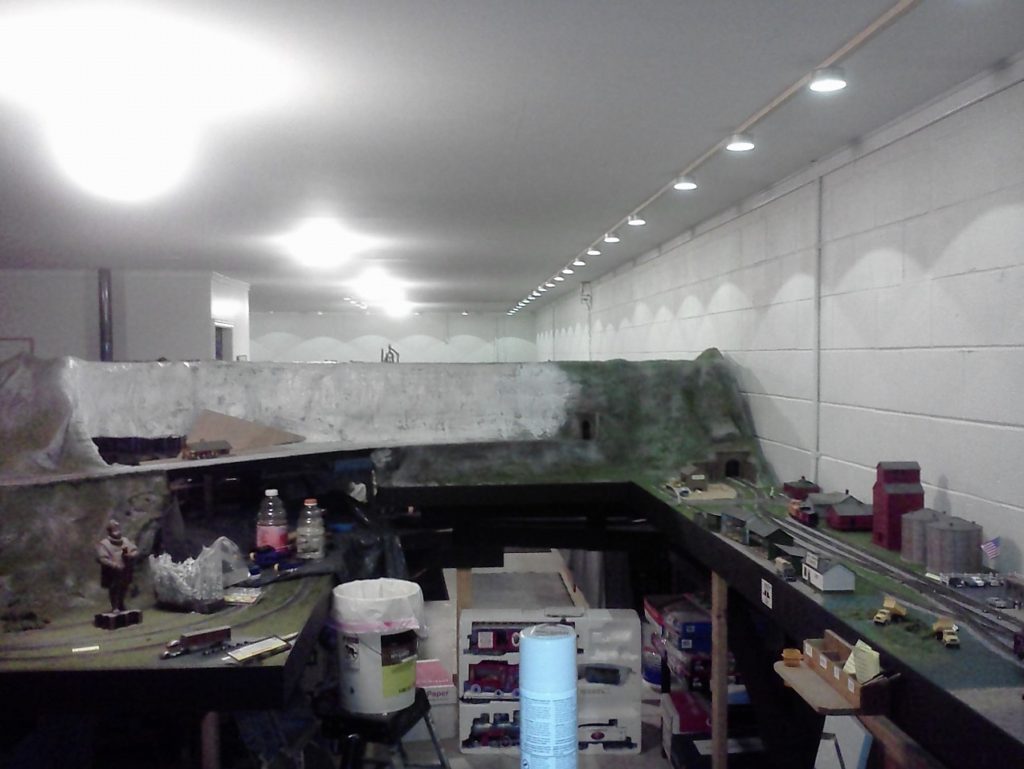 Cleanup of the lake and the change of the landscape was a big project. 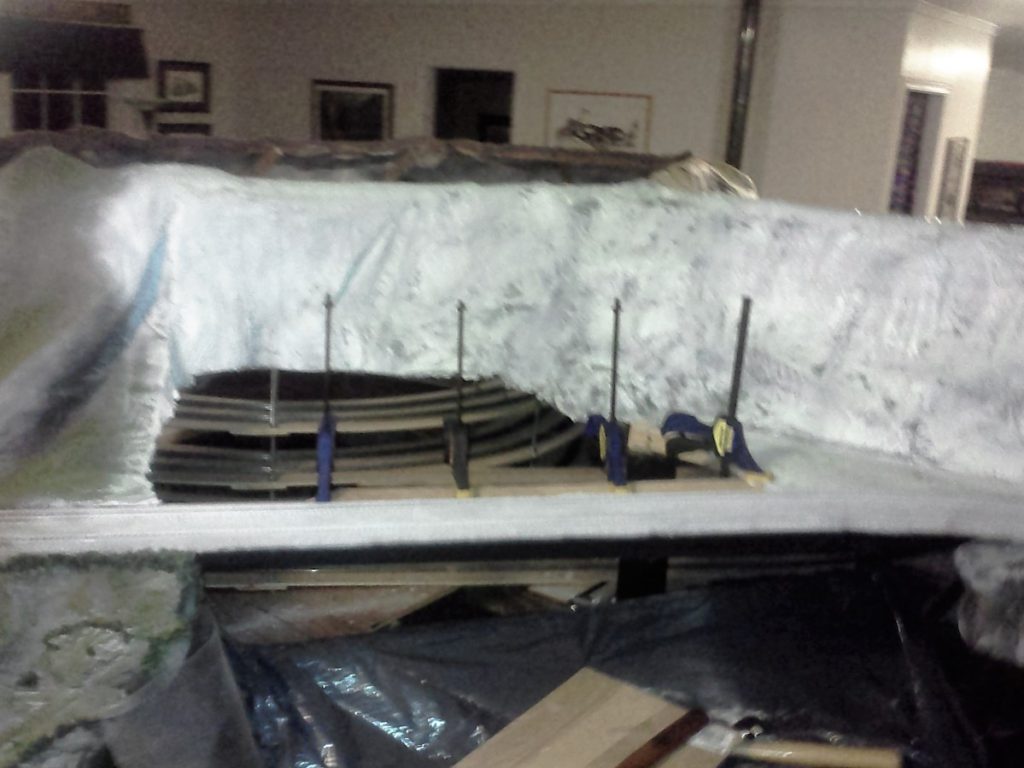 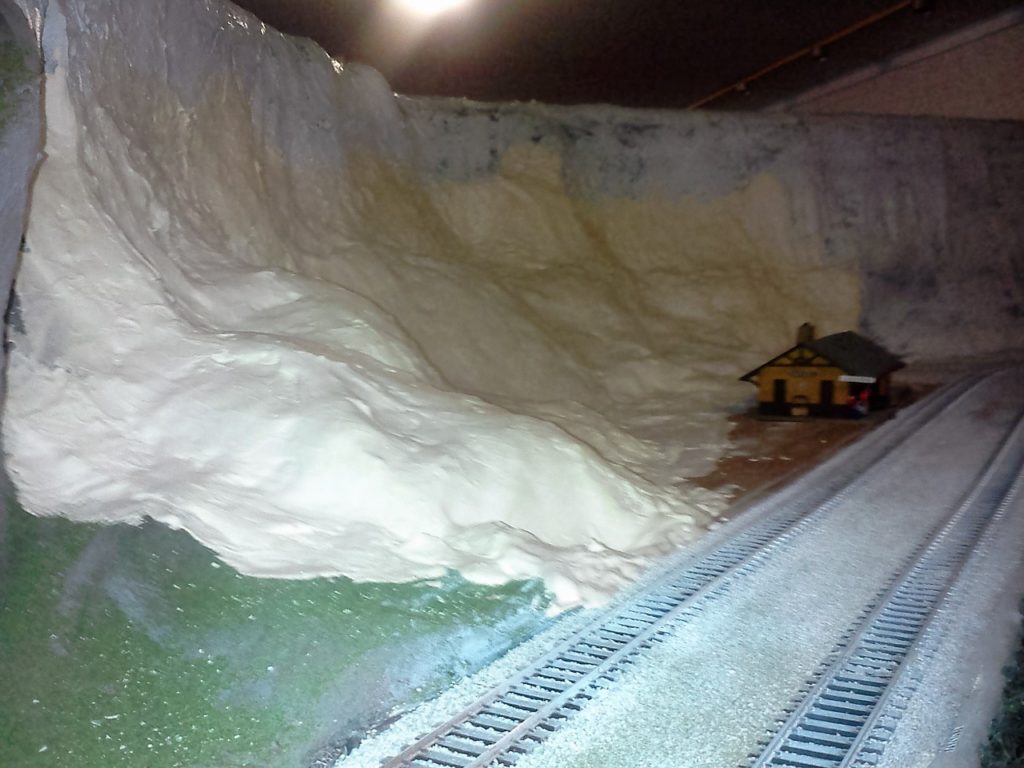 After filling in the hole some shaping had to be done. The placement of the station had to be added. 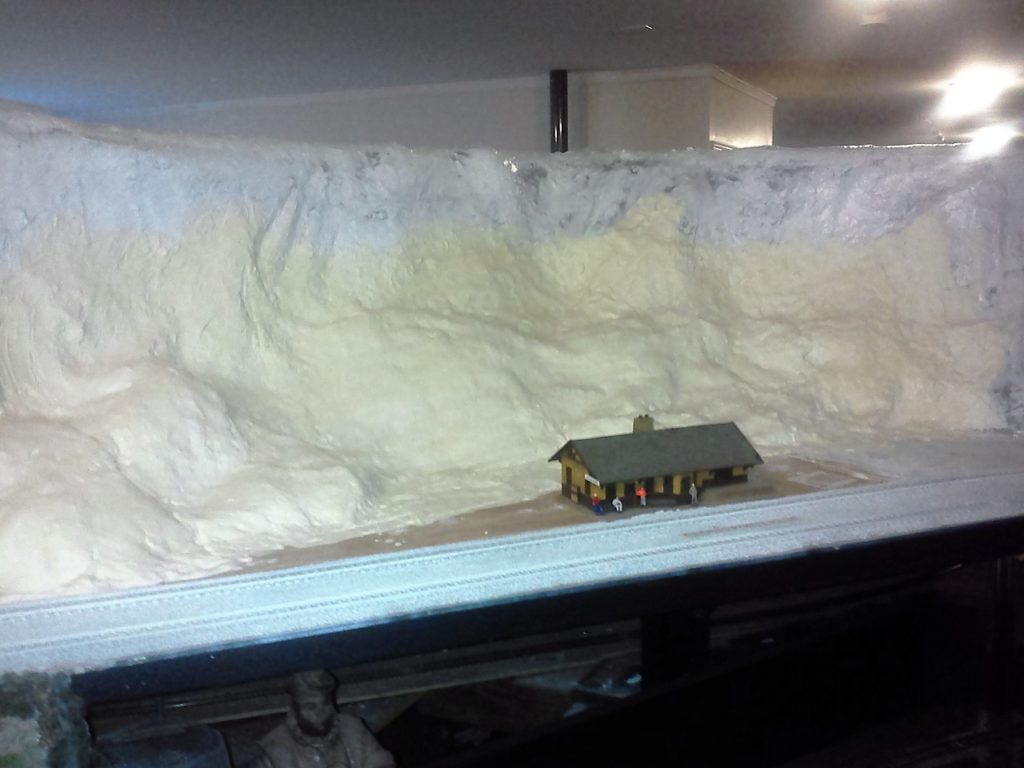 Station placement was finalized and the side buildings will have the foundations formed up soon. 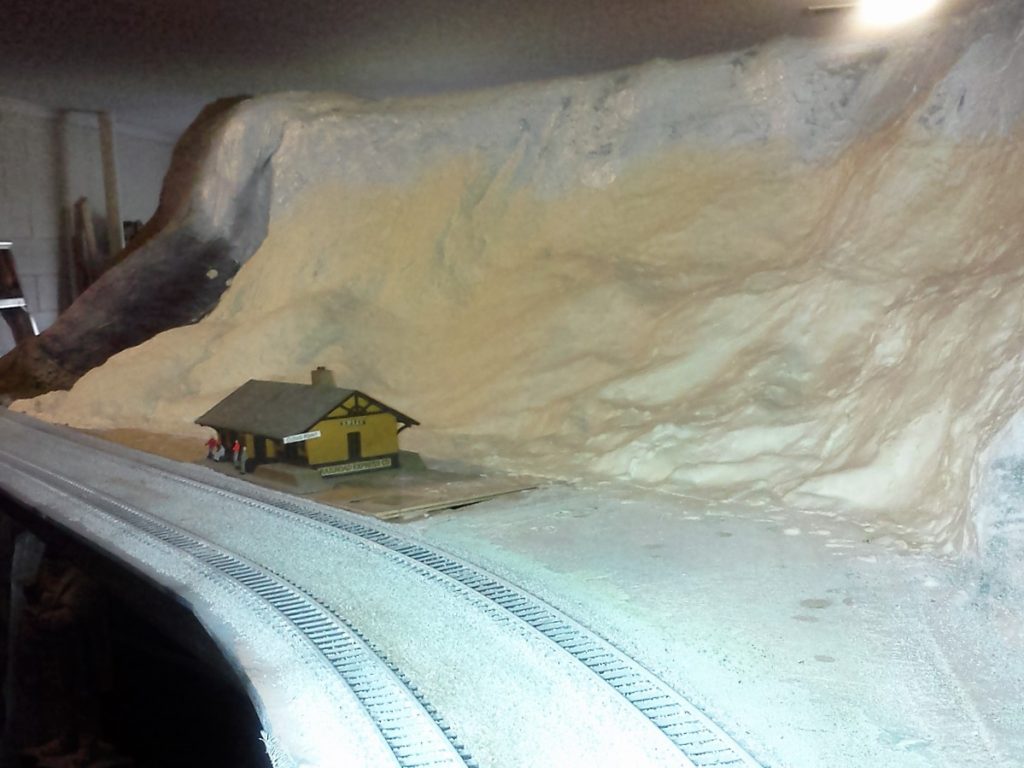 Colored in the track and ground to look like it had snowed. the flat section in the front will have a ice skating rink on it. 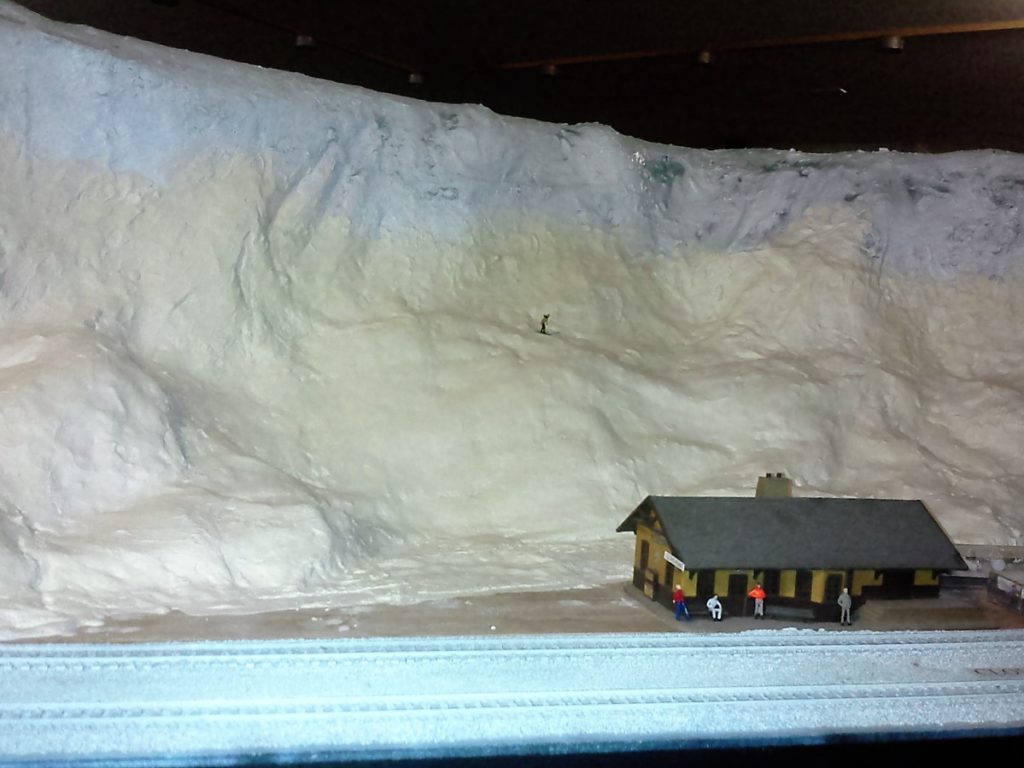 Added a lone Skier to see what it will look like in the future. 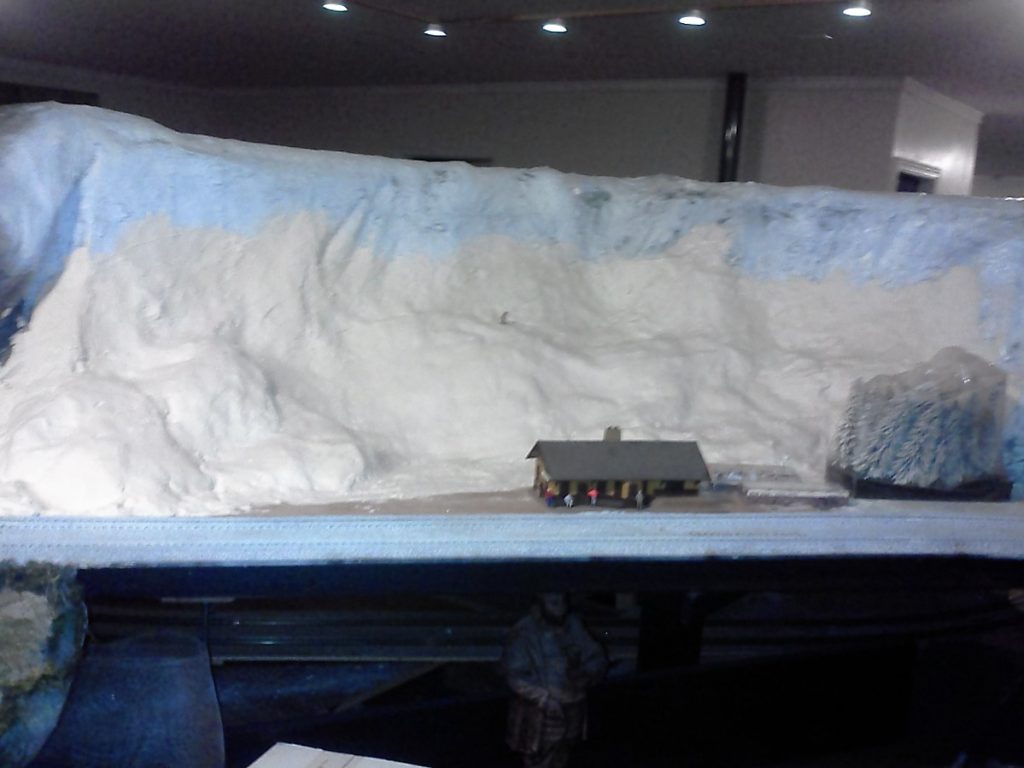 Shot from a distance but it still needs more work. Trees are still growing in the bag. 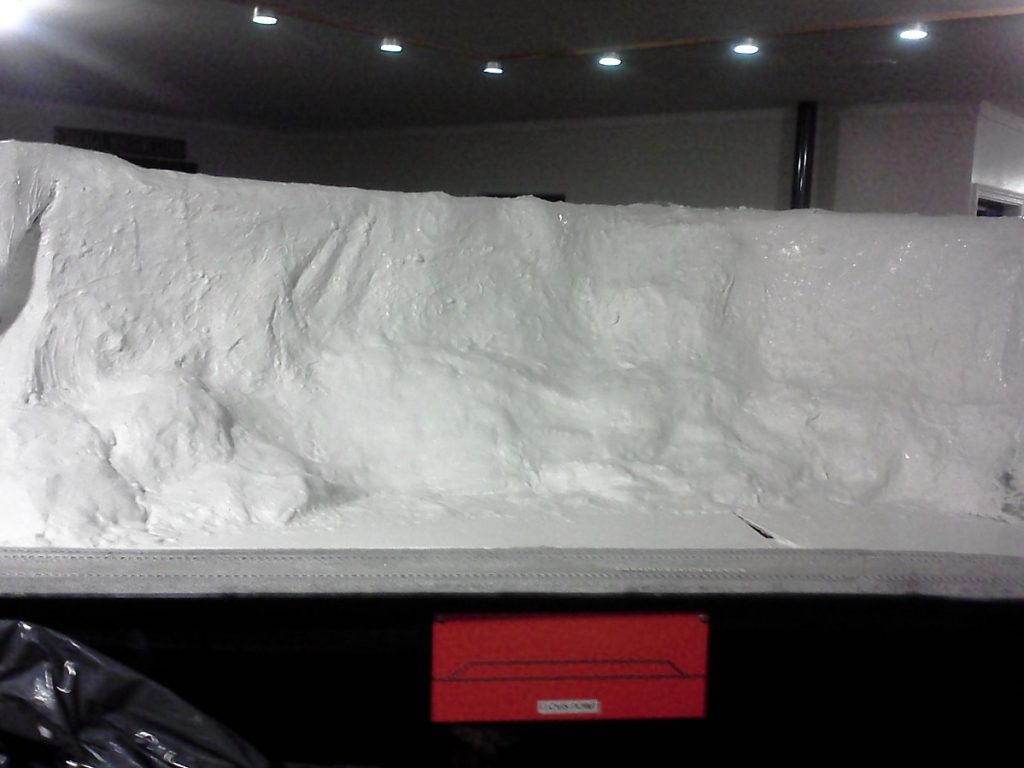 A fresh coat of snow to blend it all the together.

As always a work in progress. 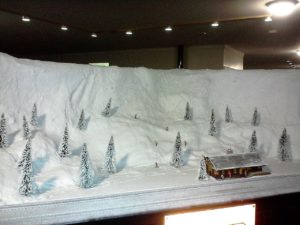 After adding some trees and putting some snow on the station. It’s beginning to look alive.

The snowball fight is coming with the ice skating party.