Adding a Crossing at Al’s Wharf

The only way to get to Al’s wharf was to get on to the main line and run down to the switch for Al’s wharf and enter the lead track. I wanted to keep Howard Yard off the main line to keep the main line open for trains to move straight and not get stuck waiting on the switcher to work Al’s wharf, so a new way was developed to do just that. The crossover made it easy for the switcher just to crossover and the main to run by. The switch and the time to build it was done by Mr. Becker.

At any time click on the photo to enlarge it. 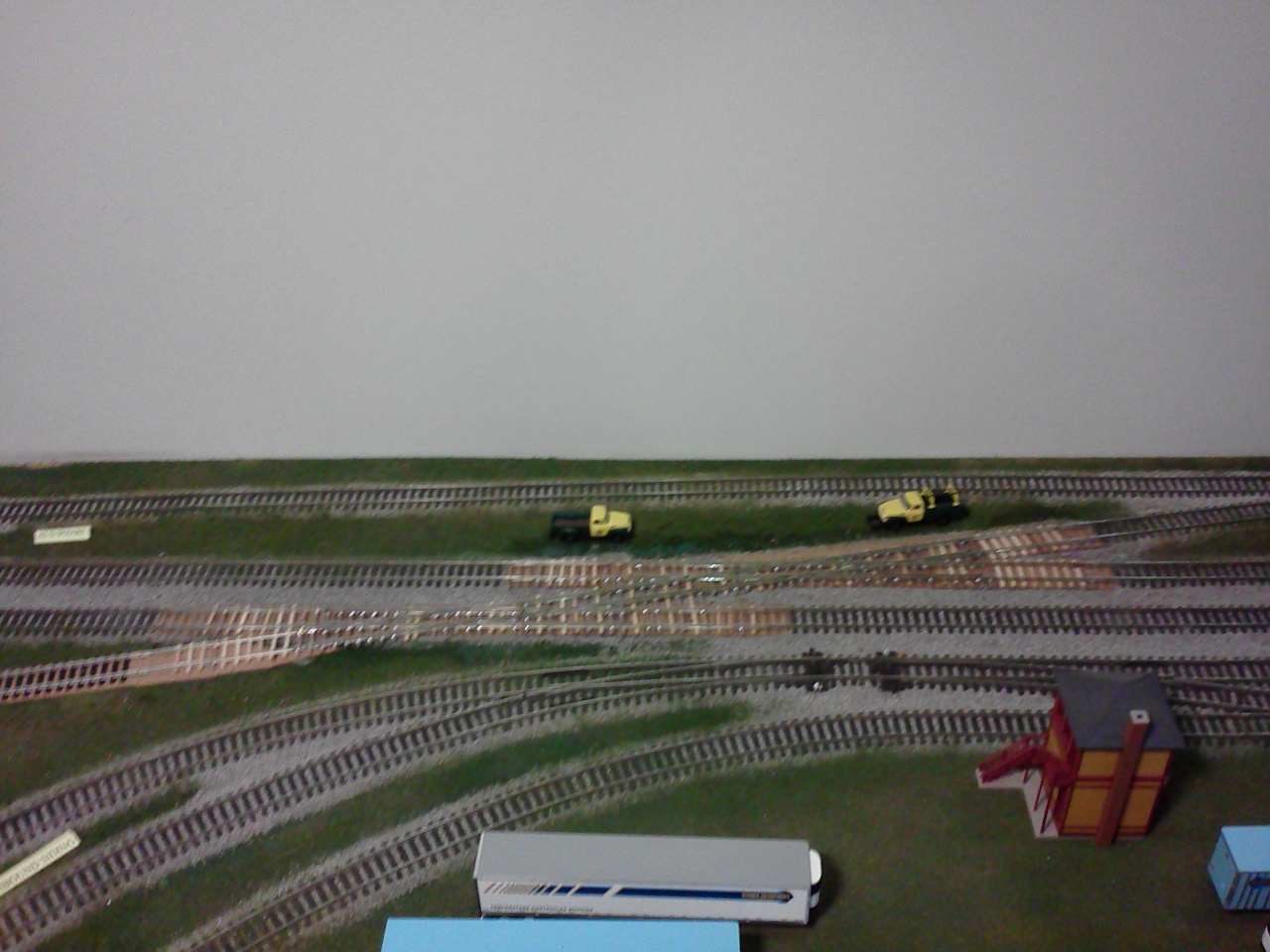 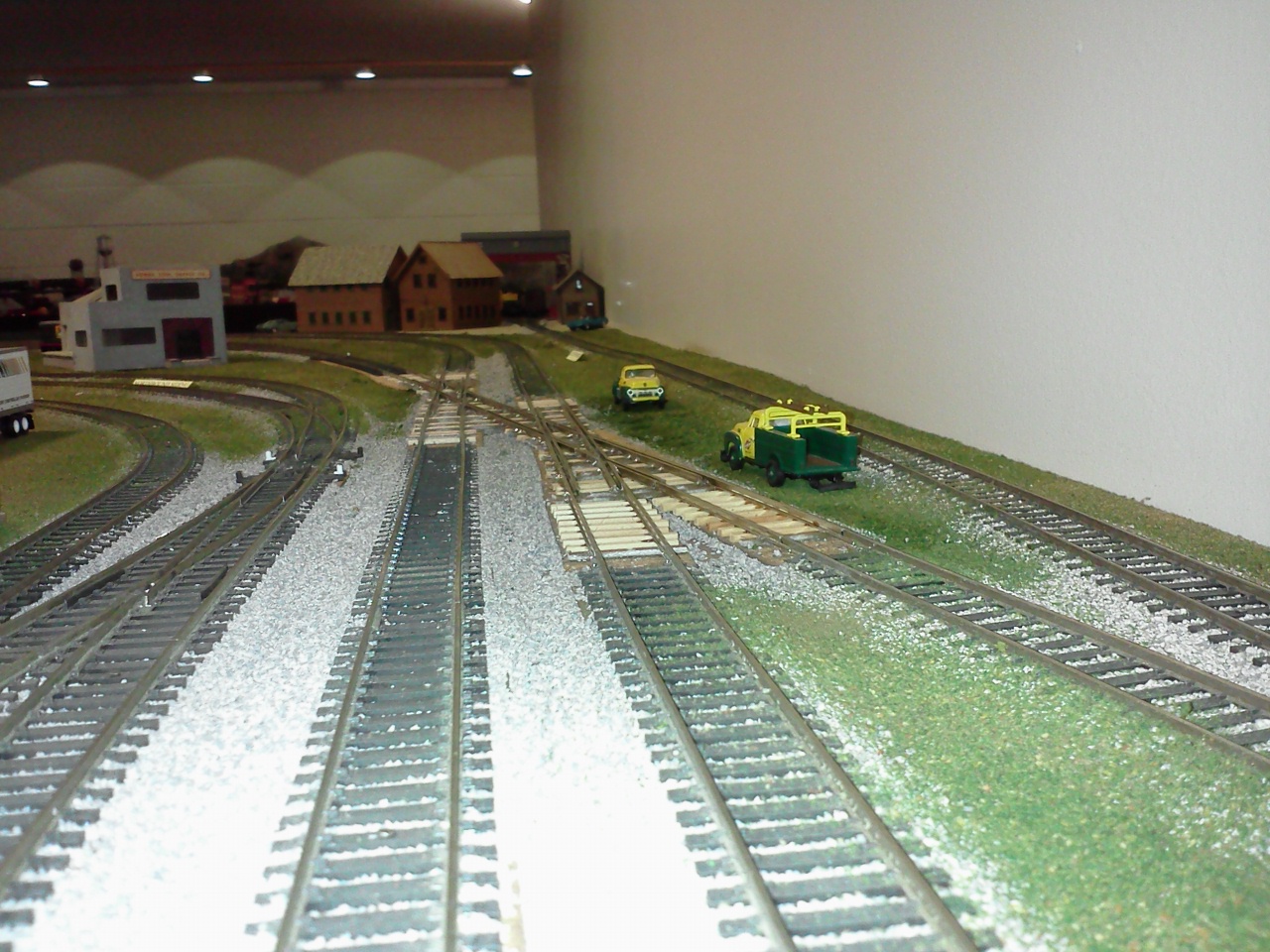 Alignment of the tracks is very important to the running of the trains. Some movement of the mainline was made to get the best fit. The rails had to have a final alignment with a track gauge. 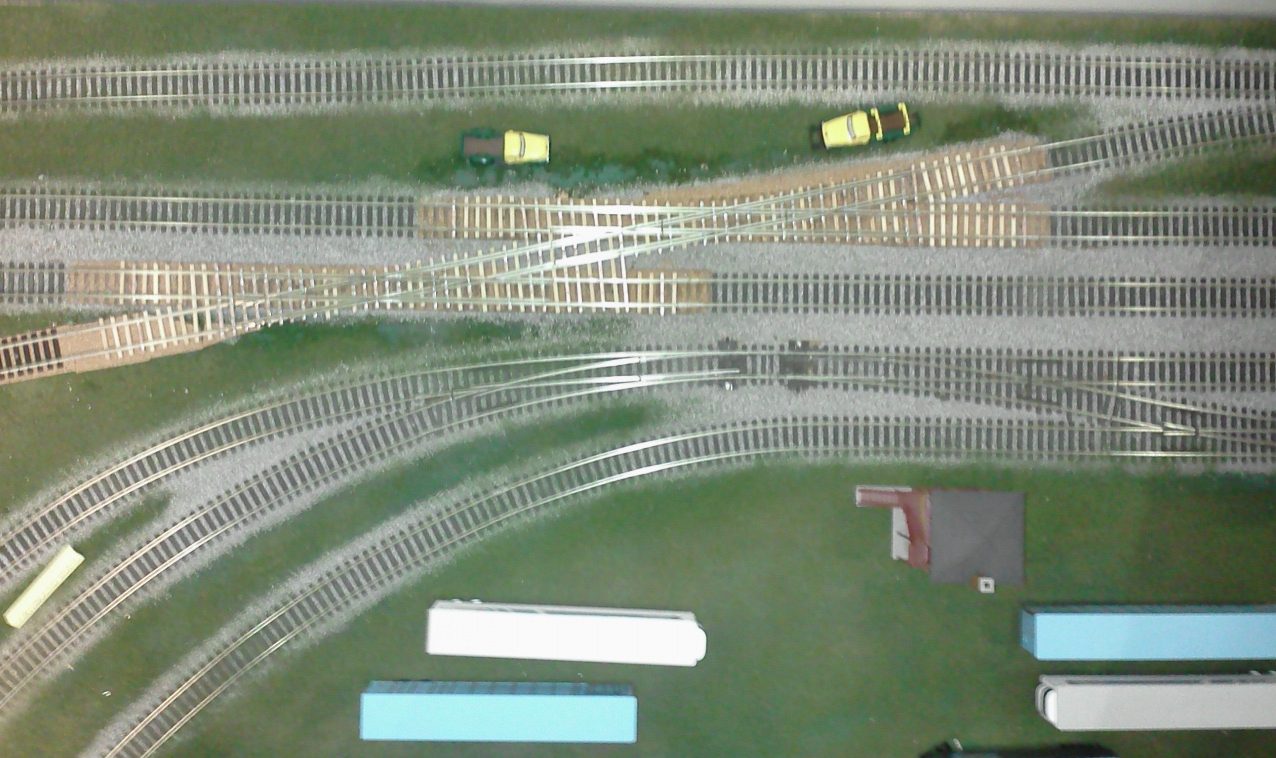 Looks great from overhead. Just need to color the ties and the rail to match the original track colors. Ties will be added to the joining of the tracks so the rails look like nothing was ever done. 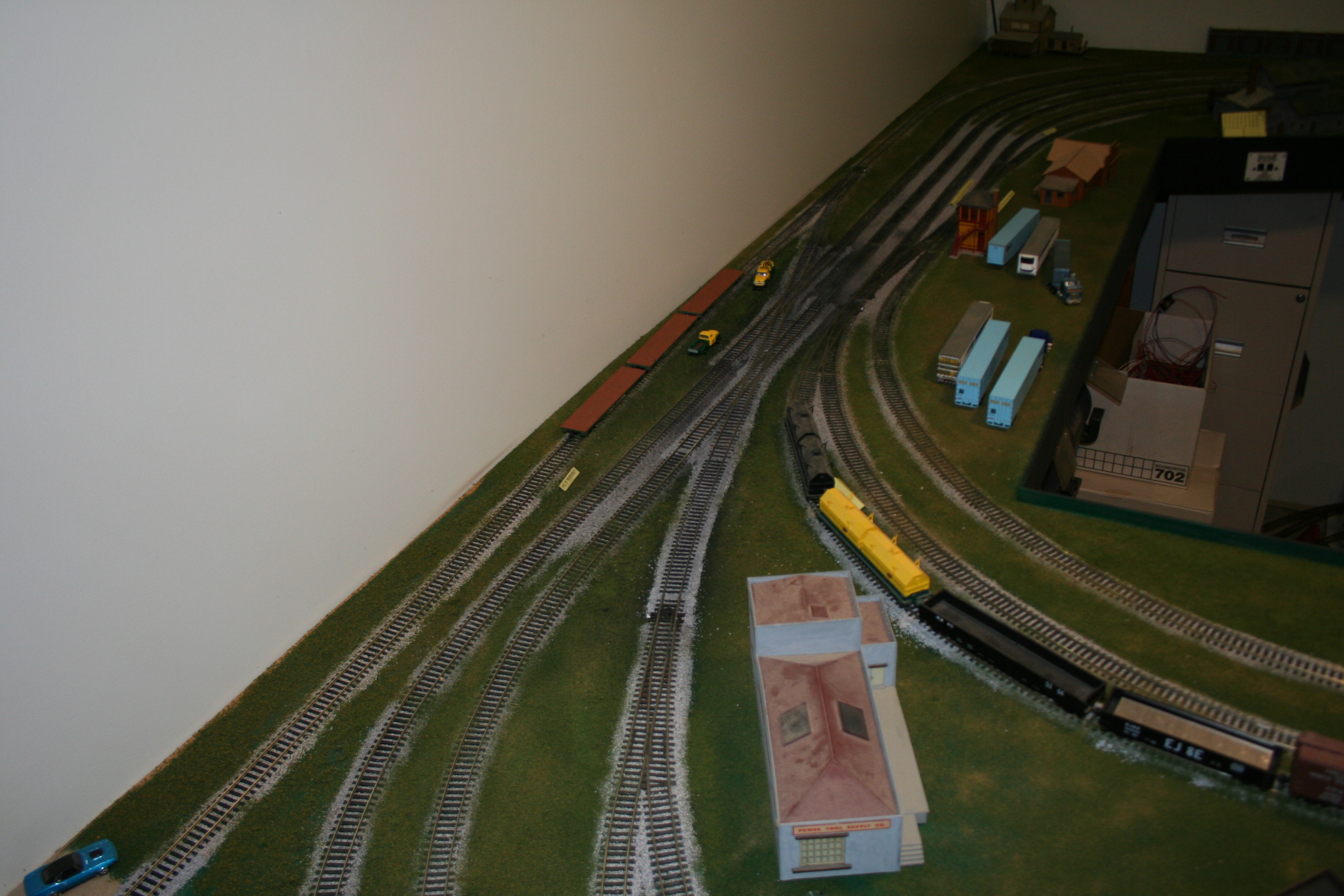 I finished it up with ballasting under the tracks and on the sides of the track.
The points are powered by frog juicers where the power from the rails cross paths.