With a meat packing plant right around the corner from the yard tracks. The railroad needed an ice house to cool down the cars that needed to be load and then repacked with ice to keep the cars cold in transit. The location came into play when the main tracks could no longer use the tracks in the yard until the switches were moved. The cars were filled with ice while the train was moving toward the meat packer. That way the cars ended up cooling down from sitting in the hot yard. 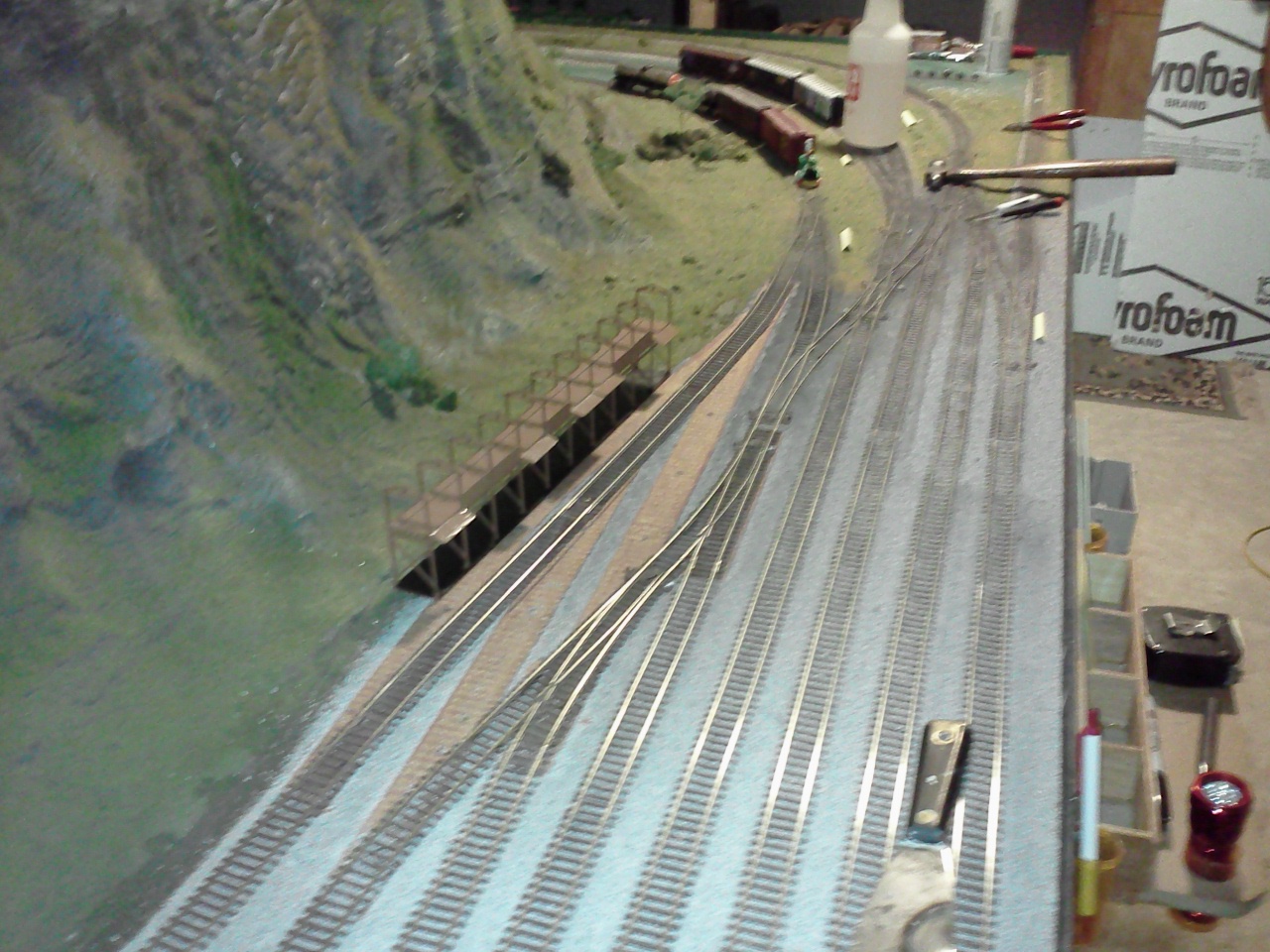 Just when you think your done. You add a second main line. First adjustment of the platform was set in place and the tracks and switches were moved. You can see the cork from the old track positions. 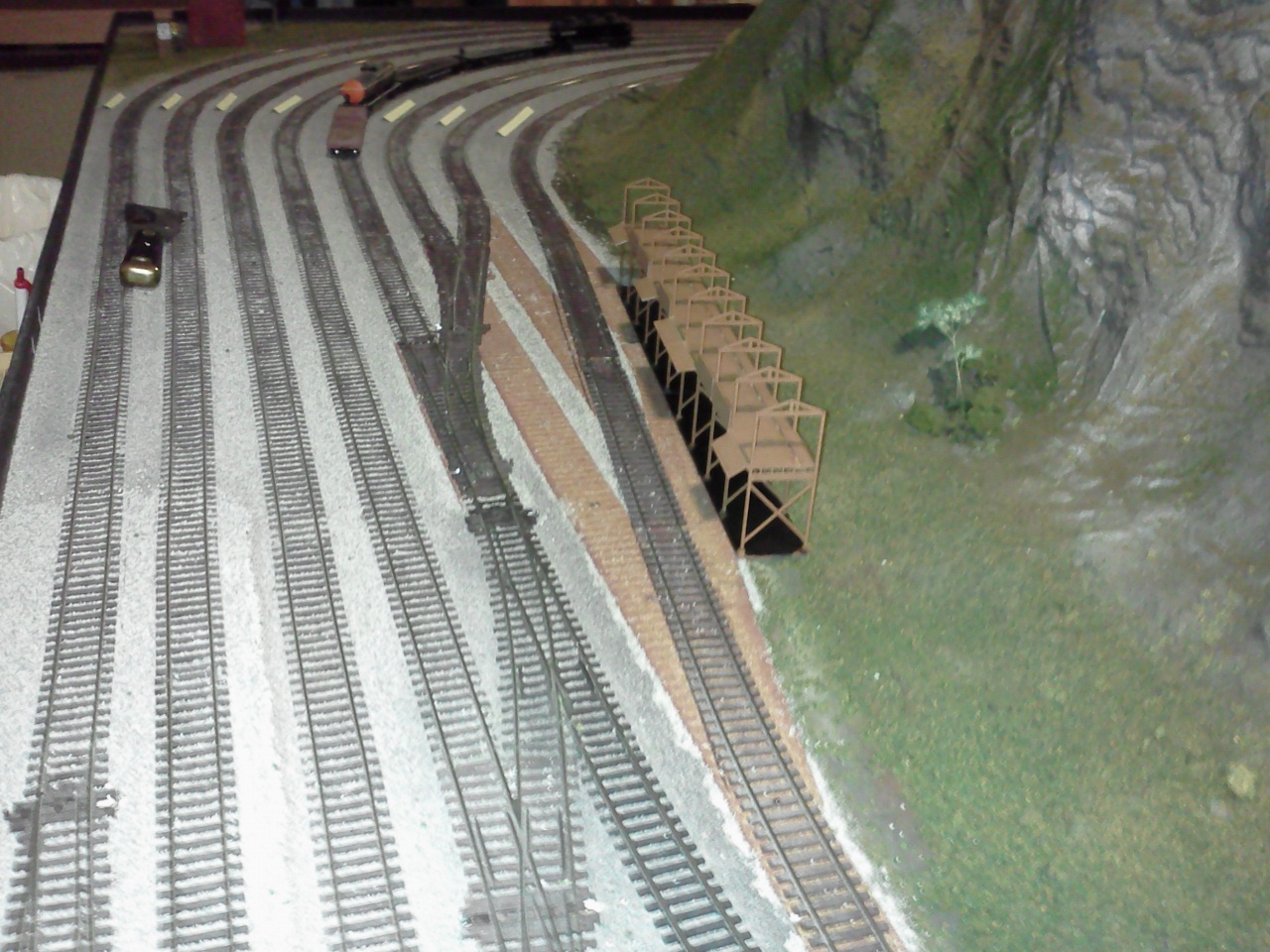 Moving the tracks was made to keep the other trains moving in the yard. The switches were just picked up from the bottom of the photo and moved to the left and over one track. One straight track runs in front of the platform. The straight track will go to Parlanti Packing witch had to be moved when I went to a dual main line. 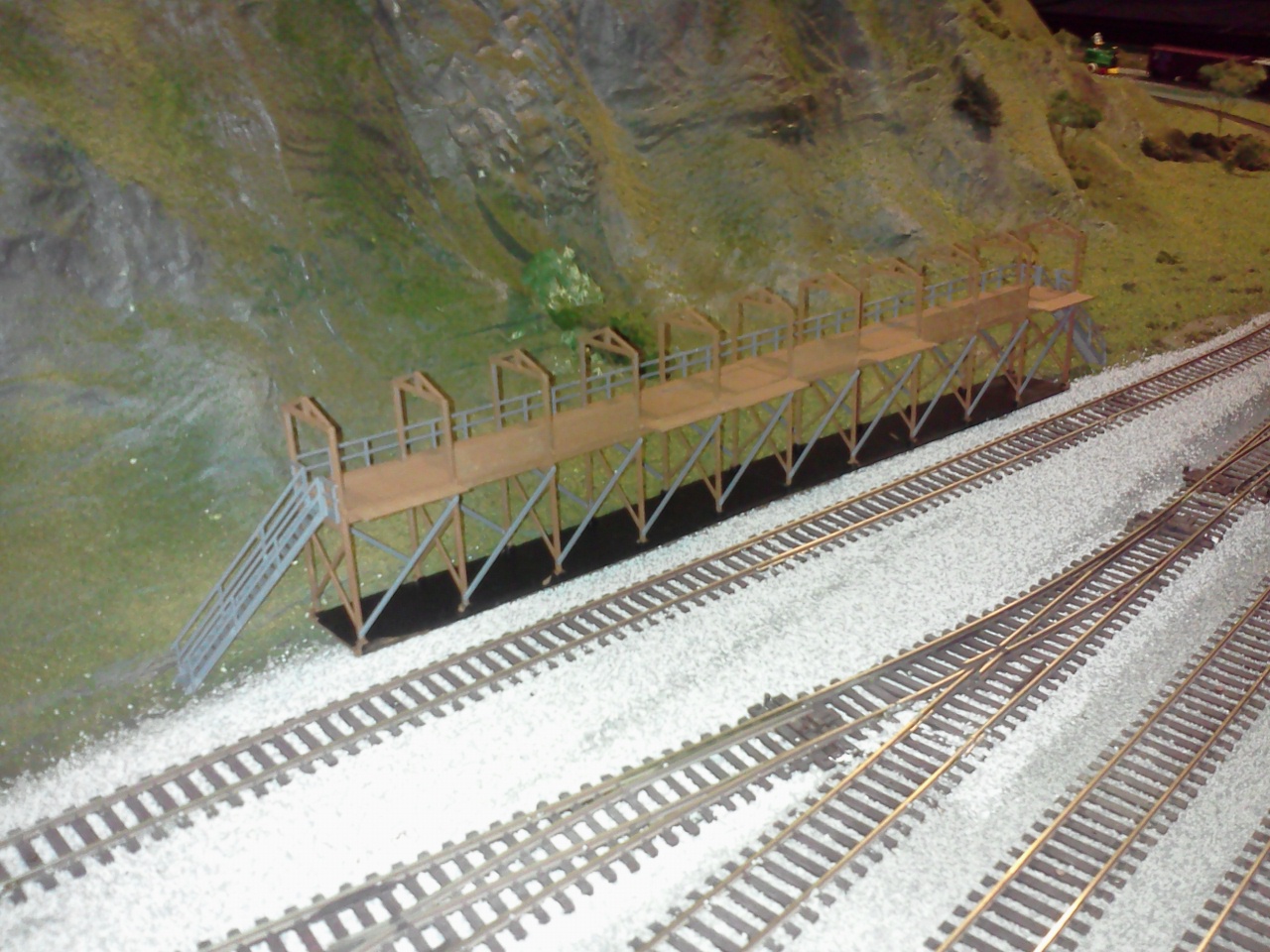 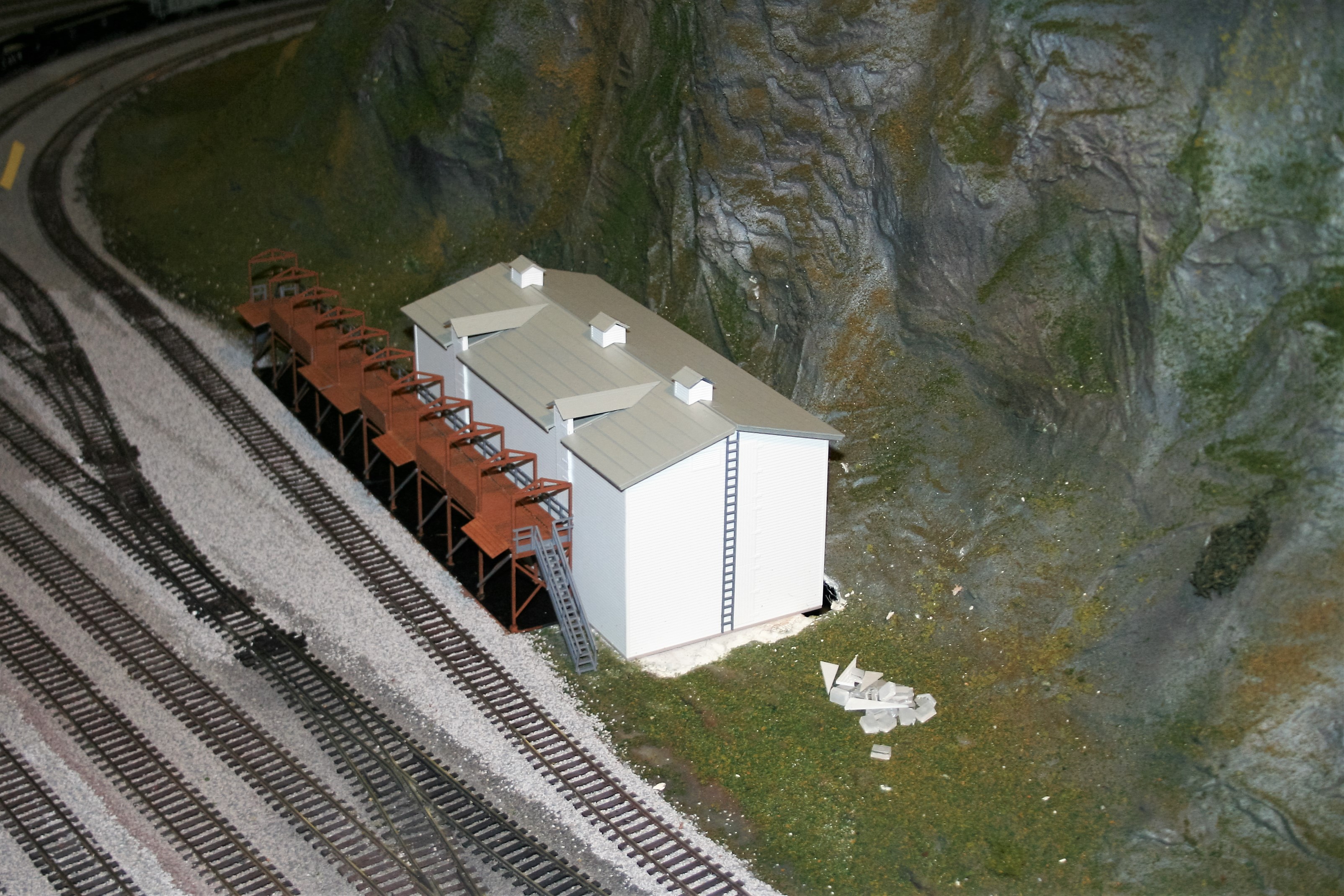 When you add things to the layout. scenery has to be moved too. Placement of the building shows the scenery had to be removed. After the final adjustments have been made the ground will be filled in with some bushes. 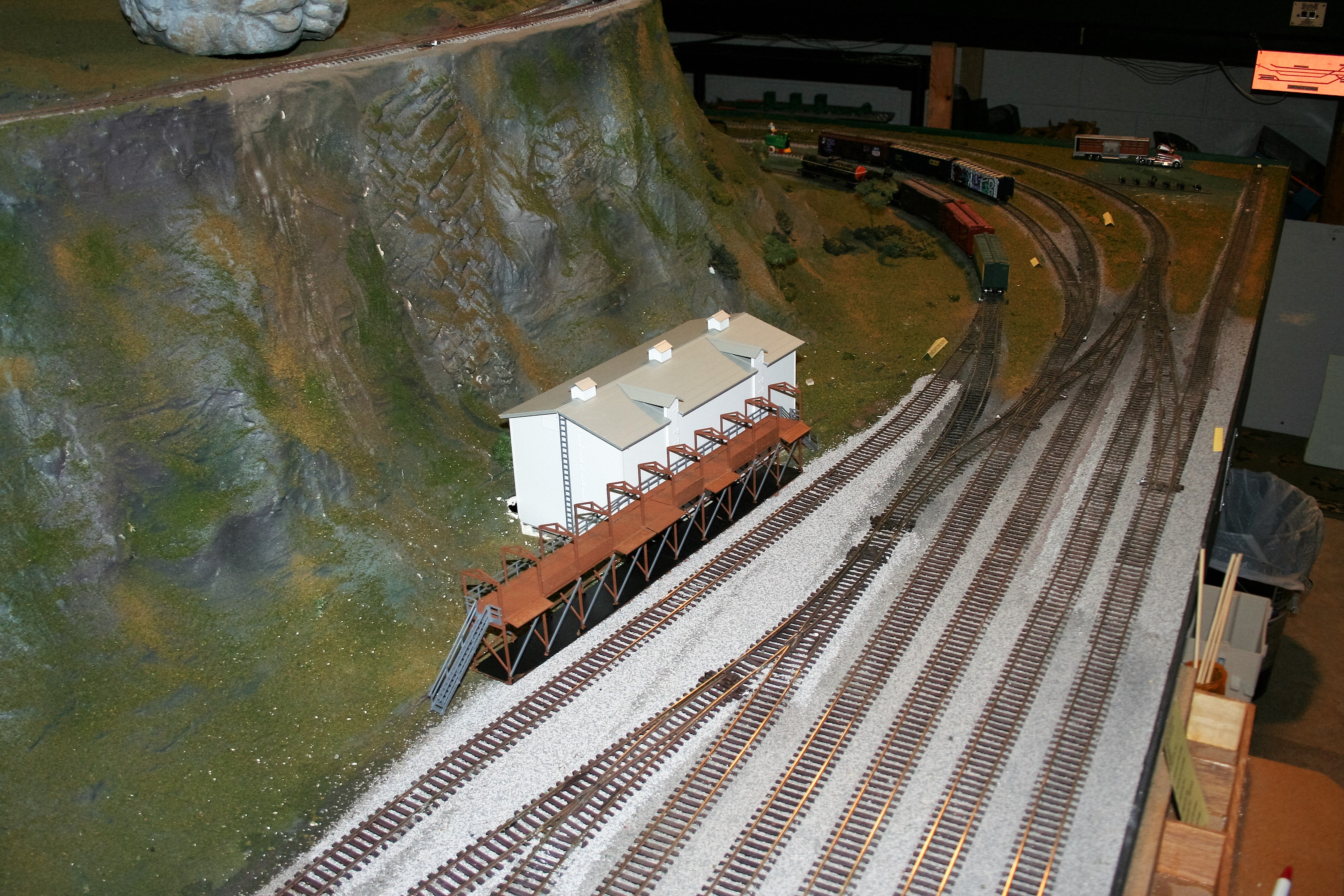 Checking the alignment of the building to the platform has shown me that nothing needs to be changed to finish this job.
Just the ice and the workers and a little scenery and it will be done. 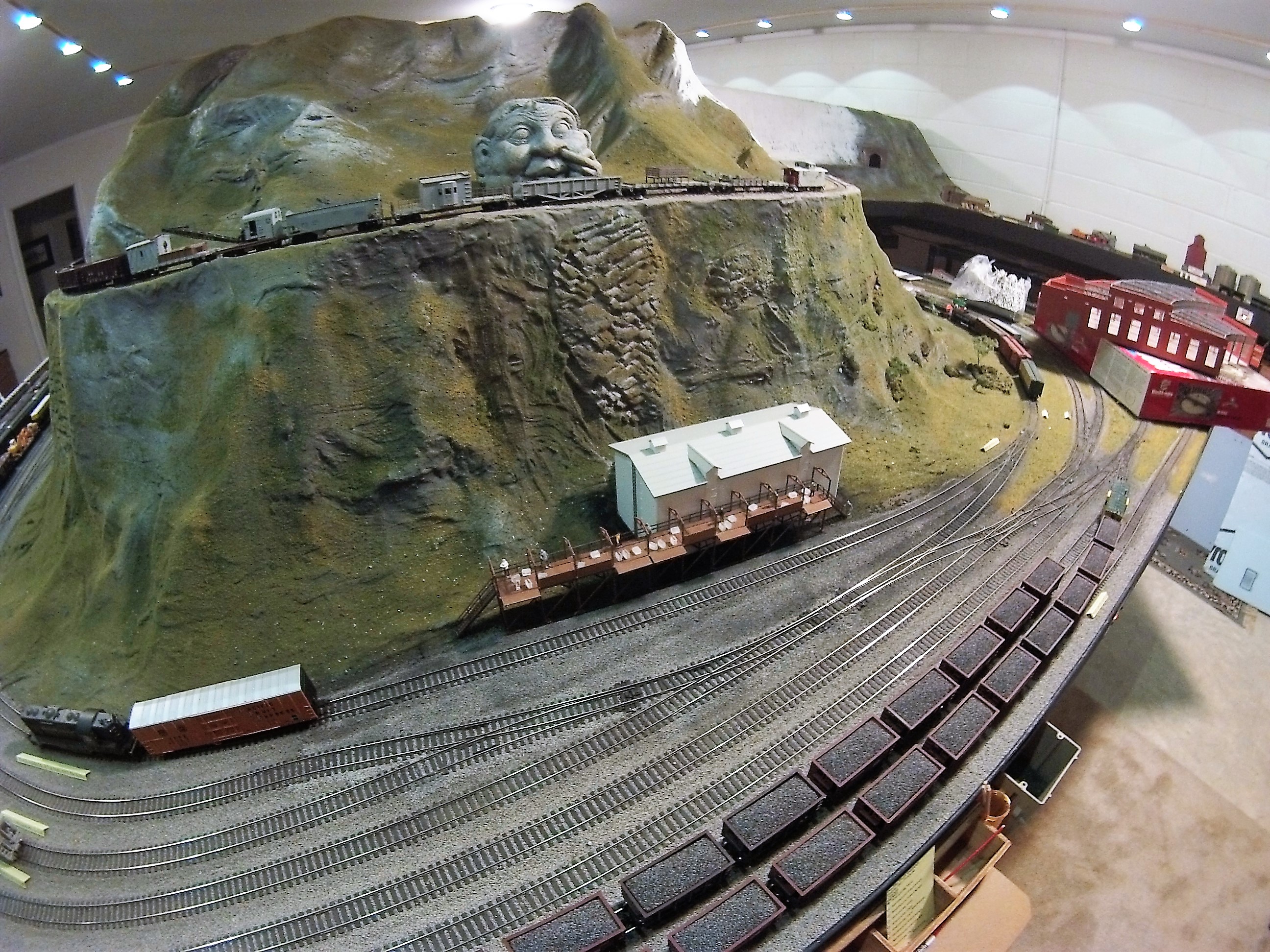 The ice house is in service. Workers are on the platform waiting for the next car to roll bye.

Adding a Crossing at Al’s Wharf