Adding Loads to the Coal Cars

Adding Loads to the Coal Cars is a way to show different trains. One that has empty cars and one that has full cars. I had a problem with the weight of the cars to. I had to add more weight to the cars so this helped. After some thought I came up with a way to add weight and a load to the car. I had an accident with a train that was loaded with coal and it spilled all over the track. I had a hard time cleaning it up. The Post below will show you how to solve that problem. 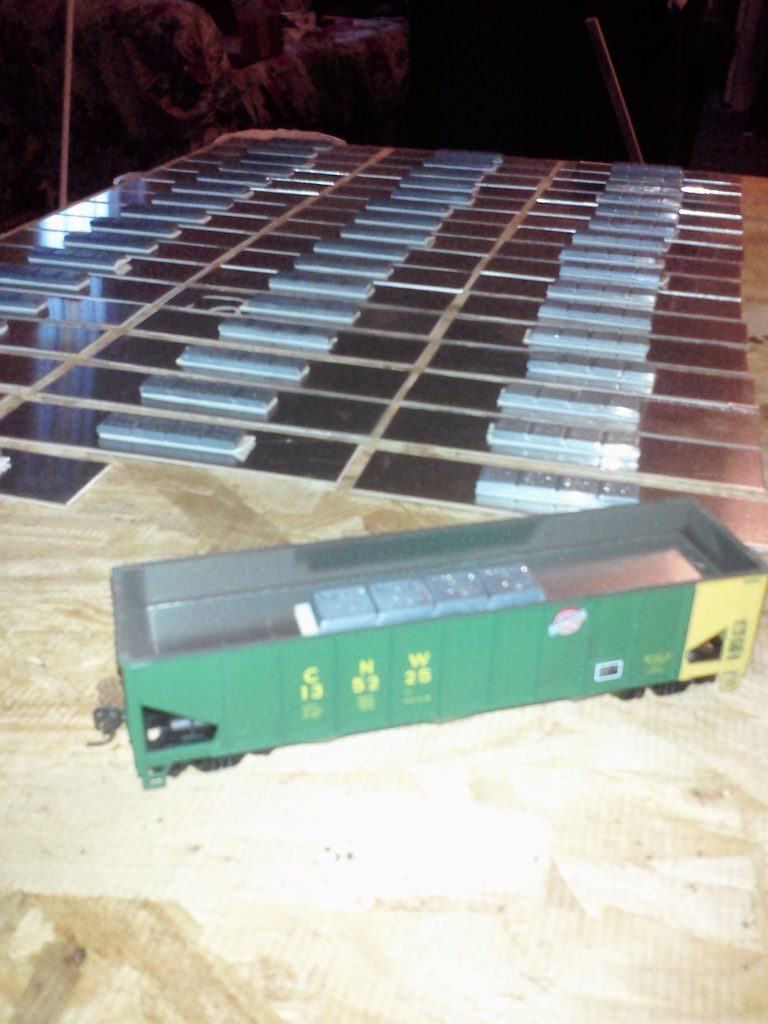 Once the plates and the weights popped in and out of the cars they were ready to add the coal to them. 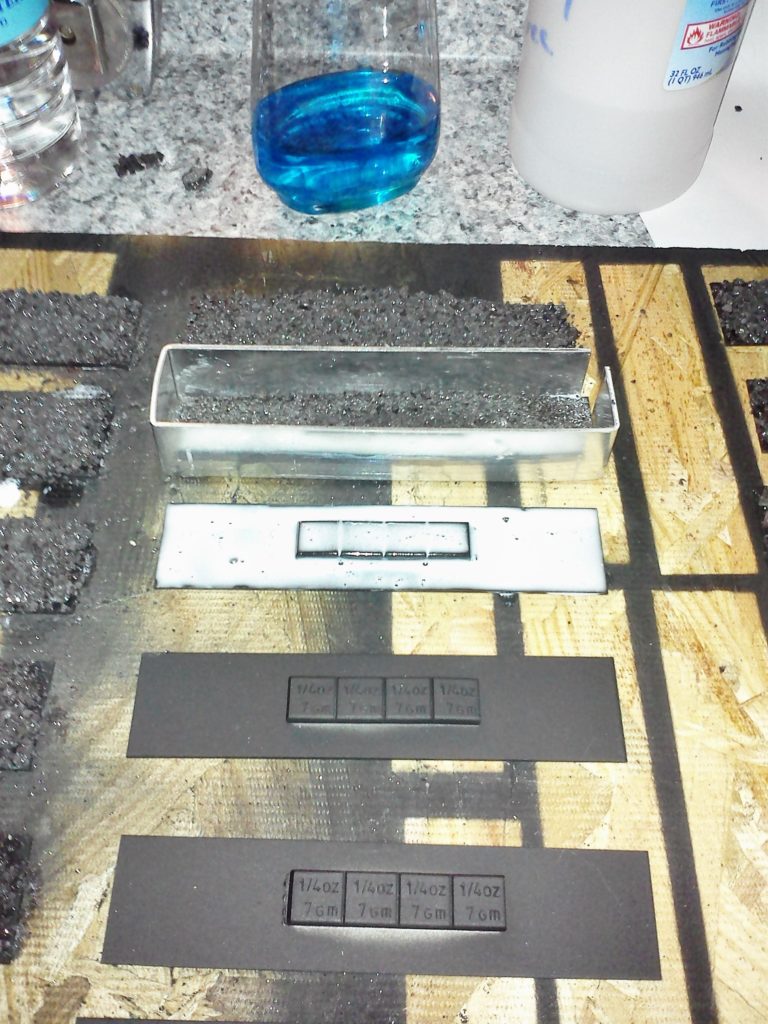 First I cut aluminum plates to fit down into the cars. I checked the weight of the car with the plate and added some weight to the car. It took four of the 1/4 ounce weights to get

the right weight of the car per the NMRA standards. I bent a piece of aluminum around the flat plate so I could remove it. I went and covered the weights and the plate with flat black paint to hide the two. I covered the plate with white glue. I would put the bent piece around the plate. I then cover the plate and the weights with some crushed rock to hump the load up. When you remove the bent plate on the load that is made. I use 50/50 of glue and water and Alcohol to glue the rocks to make sure they all stick. I then move on to the next one. I make several at a time. 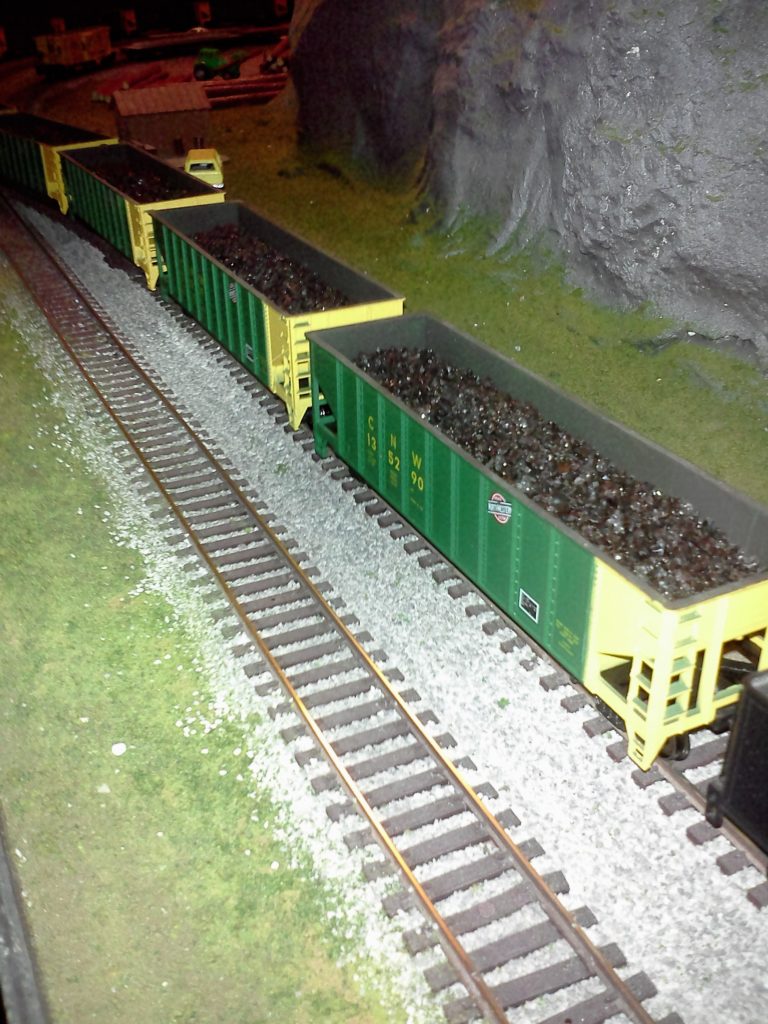 The loads are made lower in the car to show that the railroad has weight restrictions on the track. It looks very nice and if the train comes off the track I don’t have to worry about picking up the loose stones on the layout. It gets to look really nice when several cars are done. The stone is crushed up lava rock. It happens to be magnetic and can be easily removed from the car with a magnet.